In a hilarious video, a reporter, Lazos Mantikos, was chased by a pig on live television while he was delivering a report for a local show Good Morning Greece.

In a hilarious video, a reporter, Lazos Mantikos, was chased by a pig on live television while he was delivering a report for a local show Good Morning Greece. The footage shows that Mantikos is continuously being chased by the wild pig as he tries to complete his report. The funny incident occurred when Mantikos was reporting flood damage from the city of Kineta.

At the start of the video, Mantikos can be heard saying "Good Morning we have an issue" and tried to ask if studio journalist could hear him or not. The reporter went on to say that a pig was chasing him and the cameraman since they started reporting and apologised to his viewer he could not stand at one place because the wild pig was trying to bite him.

Greek journo pestered by a pig while reporting on the recent floods in #Kinetta #Greece #tv #bloopers #ant1tv #Ant1news pic.twitter.com/vsLBdlWCMB

Read: Twitterati Gets Creative With These Funny Bollywood-inspired 'Gonna Tell My Kids' Memes

A Twitterati said that the reporter must have done something to irk the pig.

I'm 100% with the pig here, they are very sensible creatures so he must have done something

Another person commented that Mantikos had done a great job at reporting.

Studio journalist Papadakis could be seen cracking a joke by telling Mantikos that it was a tragic issue and asked the reporter to try and work things out with the female pig.

Read: Christmas: Here Are A Few Funny Episodes From Two And A Half Men

Such an incident is not the first time an animal has caused a hilarious interruption during a live news show. In a similar incident, a scarlet bird landed on a female anchor's head during a live broadcast.

Nichelle Medina and co-anchor Eric Kanhert were talking about the Zoo Day segment when the bird, a resident of the San Diego zoo suddenly flew in and perched itself on Medina's head. Medina reacted to the situation in a very calm way and smiled while the bird was sitting on her head. 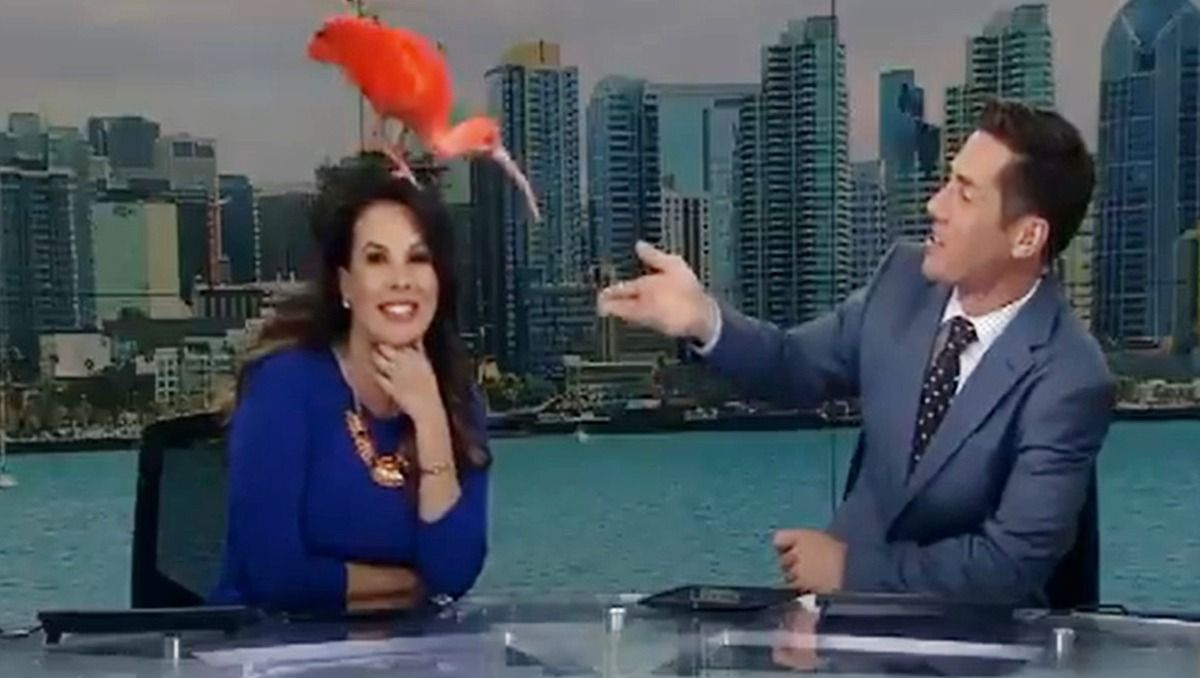