According to a local police representative, a magnetic mine affixed to a car belonging to members of the Taliban movement was detonated. 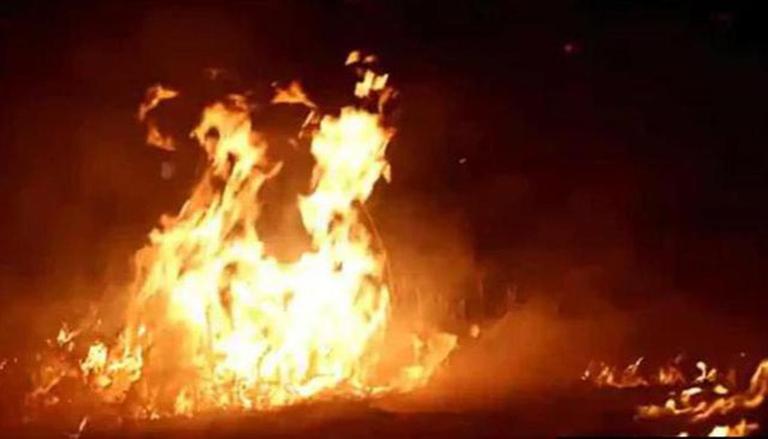 
On Tuesday, a blast took place in Afghanistan's capital Kabul injuring two Taliban security personnel, reported Russian news agency Tass citing Aamaj News. The report stated that the incident took place in Central Kabul's Kandahar market. According to a local police representative, a magnetic mine affixed to a car belonging to members of the Taliban movement was detonated. Notably, several explosions, armed attacks, and shootings have occurred in a number of Afghan regions, including the capital, over the last three months. These actions have harmed both the Taliban and local residents. Some of these attacks were claimed by militants from the Islamic State in Khorasan, an offshoot of the Islamic State extremist organisation.

On Wednesday, November 17, twin blasts had rocked Kabul, killing at least nine people and injuring at least seven, reported news agency, Sputnik. The report had stated that four persons died in the first explosion which took place earlier in the day, whereas the second explosion killed as many as five people. According to a local, the blast emerged from a magnetic mine connected to a passenger automobile. He added that the gunshots were also heard after the blast. The first explosion had occurred in Western Kabul's Dasht-e-Barchi region, whereas, the second one took place in Charahi Shaid.

Explosion in bus killed 3 in Kabul

Meanwhile, on November 13, another explosion hit a bus in Kabul killing three people and injuring six others, according to Khaama Press. Following the attack, the Afghan Journalists Centre had said that Hamid Seighani, a well-known journalist in the country was killed. But a later report in the Khama Press clarified that Saighani was assassinated separately in North Kabul.

Amidst increased attack in the war-torn country, a Canada-based think tank, International Forum for Right and Security (IFFRAS), has suggested that anti-Taliban forces might 'gravitate' towards Islamic State-Khorasan (ISIS-K) if the Taliban is unable to contain a series of bombings by the ISIS-K terrorists. Afghanistan has witnessed a rise in terror attacks in recent weeks, particularly suicide bombing by ISIS-K terrorists, reported ANI. Meanwhile, according to the IFFRAS, ISIS and its Afghan affiliate ISIS-K are snapping at the Taliban.