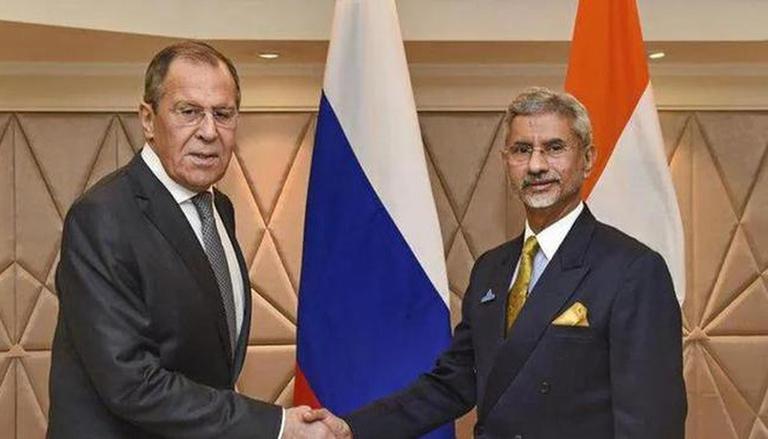 
India's External Affairs Minister S Jaishankar commenced his two-day visit to Russia on Monday to hold discussions with his Russian counterpart Sergey Lavrov as the war in Ukraine rages on. According to ANI, the talks between the two leaders will range from bilateral issues to multiple international developments at large. "Issues pertaining to bilateral economic cooperation in various domains will be discussed," the Ministry of External Affairs (MEA) said in a previous release.

This marks Jaishankar’s first visit to Russia since the country’s military operation in Ukraine, which began earlier this year in February. The external affairs minister will also be meeting Denis Manturov, the Russian deputy prime minister and the minister of trade and industry.

The ties between India and Russia

As the conflict between Russia and Ukraine crosses its ninth month, India continues to take a diplomatic stand while emphasizing the need for dialogue and peace talks. In a previous media briefing, MEA spokesperson Arindam Bagchi reiterated India’s stand on the ongoing war. "Our position on Ukraine- Russia conflict has always been clear, we want dialogue to focus on bilateral, regional and global issues and that is what, I think, our External Affairs Minister will be discussing," he said.

Jaishankar’s recent visit will mark the continuation of the high-level dialogue between India and Russia. Previously, the minister visited Moscow in July 2021, which was followed by his Russian counterpart’s visit to New Delhi in April 2022. ''A wide-ranging conversation with FM Sergey Lavrov at #UNGA 77. Discussed our bilateral cooperation. Exchanged views on Ukraine, G-20 and UN reforms,'' Jaishankar had said in a tweet.

EAM's visit comes days after Russian President Vladimir Putin lauded the people of India for being  “talented” and “driven”. "Let's look at India: a talented, very driven people with such a drive for internal development. It (India) will certainly achieve outstanding results. India will achieve outstanding results in terms of its development. There are no doubts. And almost one-and-a-half billion people. Now that's potential," Putin spoke in Russian on the occasion of Russia's Unity Day.

Prior to that, the Russian leader had praised Indian Prime Minister Narendra Modi and called him a “patriot.” “His idea of 'Make in India' matters both economically and ethically. Future belongs to India, it can be proud of the fact that it's the largest democracy in the world," he had said.