To respond to the 'dragon', Japan has deployed its missiles towards the border with China and has also increased the strength of its army, as per Asia News 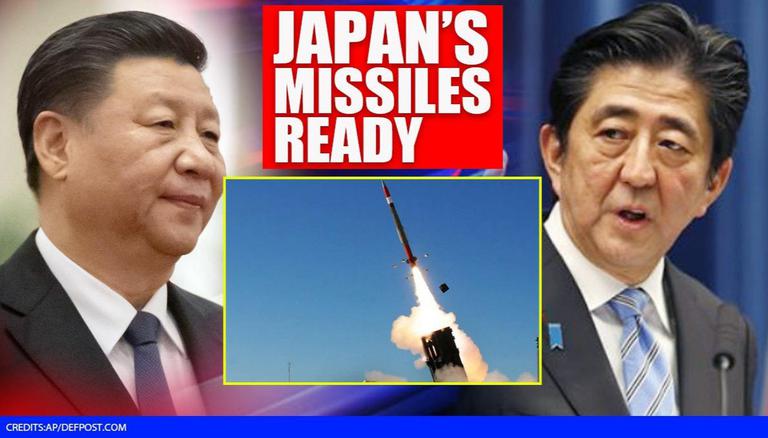 As the world is still battling the Coronavirus crisis, Covid's origin China which is accused of not being truthful about various facets of the pandemic's outbreak on its shores but nonetheless appears to have overcome the crisis for the time being, is also now accused of trying expand its territory in accordance with the well-documented expansionist mindset of the Chinese Communist Party. China has already fuelled up the tensions with India along the Line of Actual Control (LAC) after the Galwan Valley incident of June 15. According to media reports, China, in addition to its history-sheeter activities in the South China Sea, it also looking to seize areas of Japan and Taiwan.

Japan is increasing its air defence

However, to respond to the 'dragon', Japan has deployed its missiles towards its border facing China and has also increased the strength of its army, according to a report in Asia News. It said that in view of China’s war intentions, Japan is increasing its air defence.

The island nation will implement the Patriot Pac-3 MSE Air Defense Missile System deployment at four military bases by June this year. US-Japan News has cited that, “Pac-3 MSE is capable of countering any hit-to-kill.” The current Patriot PAC-3 deployed in Japan has a maximum range of 70 km and has been increased to 100 km in the new version of the PAC-3 MSE.

In December 2017, Lockheed Martin signed a $944 million contract to deliver Patriot Advanced Capability-3 and PAC-3 missile segment enhancement missiles to the US and allied countries.

According to the report, the upgraded PAC-3 MSE increases its firepower as well as increases its height and performance. The PAC-3 MSE is a high-velocity interceptor that detects incoming threats in advance. This includes tactical ballistic missiles, cruise missiles and aircraft.

Meanwhile, in a major boost to Indian armed forces, the Centre on Sunday gave the three defence forces financial powers up to Rs 500 crore per project for the acquisition of critical ammunition required in case an all-out or limited conflict breaks out, according to ANI. This move has been taken in amid the Galwan valley face-off where 20 soldiers were martyred.

Similar financial powers were given to the armed forces after the Uri attack and the Balakot aerial strikes against Pakistan. "The Vice Chiefs of the three services have been given the financial powers up to Rs 500 crore per project to acquire the required weapon systems under fast track procedures needed to fill whatever shortcomings or requirement is felt," a senior government official told ANI.