Leap year celebrations have kicked off in various parts of the world, including those few rare people who celebrate their birthdays on Feb 29

Doris Cleife has lived quite a storied life before her official 25th birthday. While the Queen has not sent her a letter yet, something that would have no doubt been an awesome birthday gift and will disappoint her seven-year-old great-grandson, she’s looking forward to celebrating her birthday on Saturday with her grandchildren and great-grandchildren at her accommodation in a care home.

The good-humoured centenarian happens to be one of the lucky few in the world born on February 29th, or more commonly known as Leap Day. The chances of being born on Leap Day are roughly just 1 in 1461. Even though there are a few celebrities who share this unique birthday like Ja Rule and Outlander star Steven Cree.

Hey everyone tomorrow is my REAL BIRTHDAY!!! I haven’t had one in 4 YEARS... to my Leap year gang it our time!!!

While the constant jokes may seem like they would get annoying, most celebrating Leap Day birthdays heavily play into it, including Doris. 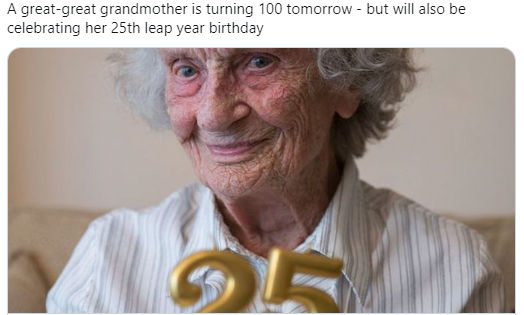 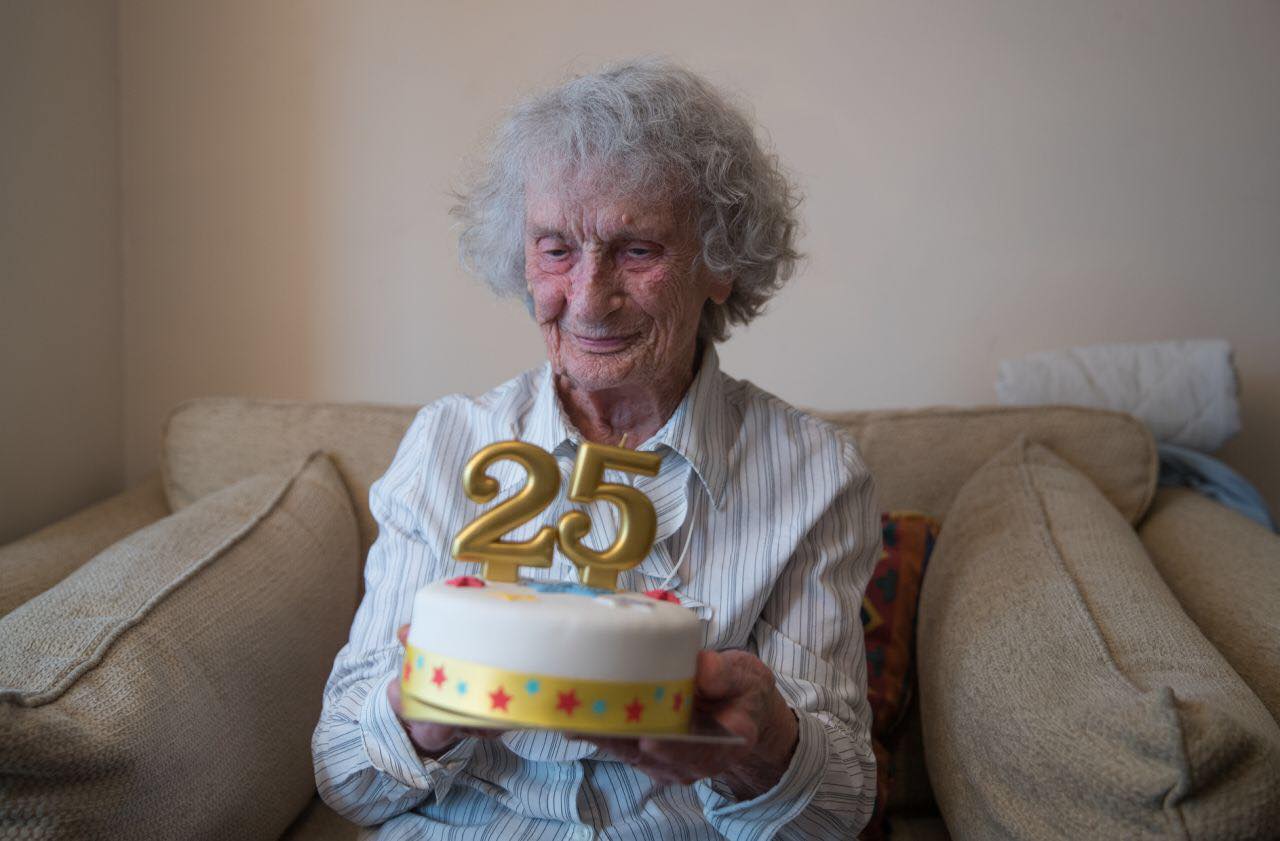 READ | What is a leap year? Find out why we get an extra day after every four years!

Take lifelong friends from Scotland, Siobhan McMillan and Cara Fowles. As per Glasglowlive, both were both on February 29 at Royal Alexandra Hospital in Paisley, Scotland. And both now 24-year-olds, celebrated their sixth birthdays together with pomp. But they're not the only ones.

On the other hand, Today reports about a Doctor who shares a unique bond with the two sisters he delivered. All three of them are born on Leap Day. Dr. Eric Grossman of New Jersey, born on February 29, 1972, spent his ‘tenth’ birthday delivering Jamie and Josh Davidson’s sixth child in 2012. Four years and one birthday later, in 2016, he delivered their eighth child as well.

A few states away from the unique trio, Nina Stoke Ito is all geared up for her ‘official’ sweet 16 in leap years with her other fellow ‘leaplings’ (What others born on Feb 29 in the various Facebooks groups she’s in call themselves). The 64-year-old told the news house about how she didn’t have many birthdays growing up, and could only clearly remember her second leap year birthday when she turned eight. But three years before her official Sweet 16th, she saw another member, Karen Tinsley-Sroka, post in one of the groups about organising an outing for their fellow leaplings, and plans started falling into motion.

The party organised by Tinsley-Sroka will see people from Canada, UK, and Australia join in.