Video of a New South Wales Police officer helping a thirsty kangaroo amid bushfires in Australia is doing rounds of the internet with many lauding him.

A video of an officer helping a thirsty kangaroo amid bushfires in Bendalong's Australia is doing rounds on the internet. The video which was posted on the official Instagram account of the New South Wales Police Force has been viewed over 83 thousand times.

Read: Ravichandran Ashwin: 'It's Heartwrenching To See The Australian Bushfire'

The emotional video shows a police officer feeding water to a thirsty kangaroo. The marsupial at first seems scared by the man but later approaches him and eventually drinks water out of his hands. The video which shows the grim reality of the Australian bushfires has left everybody teary-eyed. Many users have also praised the officer for his kindness. Here’s what people had to say: 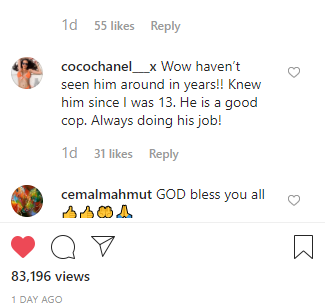 Wildfires ravaging Australia has taken a grisly toll on the country's wildlife with hundreds of millions of wild animals believed to have been killed in the blazes, along with thousands of livestock.

Carcasses of kangaroos were littering the sides of roadways along with other animals. Rae Harvey of Wild2Free lost her kangaroo sanctuary which she had built over 16 years. When the fires hit the sanctuary on New Year's eve, Rae was evacuated by boat with help from a volunteer firefighter.

Dozens of kangaroos are feared dead, and since the fires about 22 kangaroos have returned to the sanctuary, with some having serious burns, international media reported.

Surveying the damage, an emotional Harvey said she thought all the animals were going to die as the fires raged.

"There was so much smoke and fire and I didn't think there was going to be any alive," she said through tears. "They have all got these amazing personalities and they're all individual and people don't understand what they're really like and how much they add to the environment,"  she added.

She likened the loss of the "emotional and sensitive" animals to losing her own family. The lack of medical supplies has also been impacting the work that can be done to help the remaining animals.

Read: Australia: Young Kangaroo Seeks Help From Boy After Being Burnt In Bushfires

PEOPLE HAVE PLEDGED SO FAR
LATEST NEWS
View all
7 hours ago
Syria: major highway reopened for first time in 7 months
4 hours ago
China to deploy 2 aircraft carriers off taiwan coast as it warns us of 'cold war': report
3 hours ago
Deadly storm wreaks devastation in yekaterinburg
4 hours ago
Venezuela celebrates docking of iran tanker
1 min ago
Spain adjusts death toll downwards by 2,000