Rare fossil of species from which the modern Crocodile derived, had a long snout and tail, huge jaws, and large blade-like teeth and was a ferocious scavenger.

A rare bone-crushing ancient crocodile that hunted early dinosaur carcasses 230 million years ago has reportedly been discovered in Brazil. The reptile used its two hind limbs to run and was similar to Tyrannosaurus Rex 230 million years ago, researchers told the media.

Dynamosuchus collisensis, a rare ferocious species from which the modern Crocodile evolved, had a long snout and tail, huge jaws, and large blade-like teeth adapted to eating meat as the species was a scavenger, confirmed reports. The fossils resembled T Rex in terms of the species’ skull structure and bony plates that ran down its back, it was found out that the species belonged to a group called the ornithosuchids. 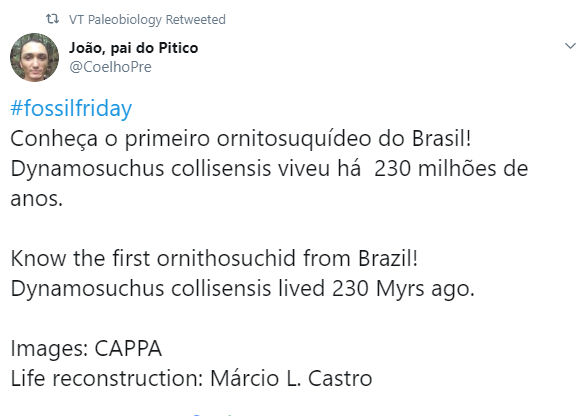 Rodrigo Müller, research paper author, and palaeontologist at Brazil's Federal University of Santa Maria reportedly worked at the base of Agudo Hill, an hour from Porto Alegre where the fossil was first discovered. He told the media that he saw an unusual set of osteoderms, bony deposits that form plates on the skin of a reptile or amphibian and it was then confirmed that the fossil belonged to the Dynamosuchus collisensi’s skeleton.

He further added that Müller and the other researchers at the fossil site ran further tests on the strength of the reptile’s bite, using CT scans to create 3D digital models. It was then established that the extremely rare reptile would have been a real bone-crusher from the dawn of the dinosaur era.

Muller confirmed to the reporters that this new species is the first from their group found in Brazil in a ground-breaking discovery and only the fourth to be found across the world. The last discovery reportedly occurred fifty years ago. The first of this group was dug up in Lossiemouth, in the Scottish Highlands, in the 19th century, whereas the other two specimens came from Argentina, he said.

The scientists speculated that Dynamosuchus collisensis preyed on dinosaurs, huge lizards and mammalian ancestors called cynodonts, they were frightening strange animals that looked like mammoth scaly rats, state the reports.