Morris Chang made an appeal to the member countries to support Taiwan’s bid to join the Comprehensive and Progressive Agreement for Trans-Pacific Partnership. 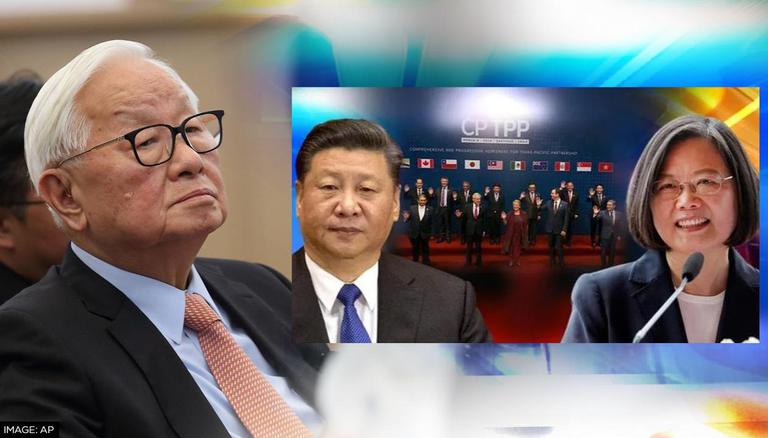 
Taiwan on Saturday, Nov. 13 appealed for the international community’s support for its bid to join a trans-Pacific trade pact at the meeting of economic leaders of the Asia-Pacific group APEC held on Friday. Taipei’s President Tsai Ing-wen’s envoy to the Asia Pacific Economic Cooperation (APEC) forum Morris Chang made an appeal to the member countries to support Taiwan’s bid to join the Comprehensive and Progressive Agreement for Trans-Pacific Partnership (CPTPP) of the 11-nations, a move that had triggered Beijing. China, along with Britain, has also applied to join the ‘CPTPP,’ a free trans-Pacific trade agreement (FTA) between Australia, Brunei Darussalam, Canada, Chile, Japan, Malaysia, Mexico, Peru, New Zealand, Singapore, and Vietnam.

The trans-Pacific bloc pact, which came into effect on December 30, 2018, aims to give the member states better access to each other’s markets and also to eliminate import tariffs by as much as 95 per cent. And as mainland China has increasingly shown interest in joining the club, island nation Taiwan also filed an official application to join the Comprehensive and Progressive Agreement for Trans-Pacific Partnership (CPTPP) trade group.

Taipei’s President Tsai Ing-wen earlier last week had said at a state conference that Taiwan will seek support from the world’s economic leaders, which includes the United States, China, and Japan when it attends the Asia-Pacific group APEC’s virtual meeting which will discuss the pathway to the COVID-19 pandemic recovery.

The summit this week was hosted by New Zealand. Ahead of the APEC meeting held on Nov. 12, Tsai had said that she would ask TSMC founder Morris Chang, and Taiwan’s envoy to the APEC forum “to use this meeting to gather support from more APEC members for Taiwan to join CPTPP.” “Envoy Chang will express Taiwan’s support for and insistence on free trade,” Tsai said, according to local media outlets.

On Friday, Chang in his speech at the APEC forum stressed that economic integration has forged closer economic and trade ties in the region. He said, that it was now important for economic leaders to support initiatives that “deepen economic integration, promote high standards on trade-related rules and help improve the livelihoods of people across the Asia-Pacific region,” according to Taipei Times. Founder of Taiwan’s top Semiconductor Manufacturing Co Chang went on to add that Taiwan applied to join the CPTPP driven by these beliefs.

Being a part of CPTPP is important for Taiwan as the comprehensive agreement could “generate momentum for the development of the region — liberalizing trade and investment while promoting sustainable growth,” Chang was quoted as saying by Taipei Times. “Chinese Taipei plays an irreplaceable role in the global high-tech supply chain. We also have a highly transparent market economy, and are able and willing to respect the CPTPP’s high standards,” he added.

Taiwan submitted an application to join CPTPP in September under the name “the Separate Customs Territory of Taiwan, Penghu, Kinmen, and Matsu.”In a news conference after the APEC meeting, Chang reportedly said that the Chinese representatives at APEC did not offer an olive branch to Taiwan but the country is well-positioned to join the CPTPP despite the hurdles. Chang also informed that US President Joe Biden did not comment on Taiwan’s bid to join the CPTPP.