Taiwan Fears Potential Invasion By China, Calls It 'a Genuine Threat And Not A Hype'

“It's real that this thing could happen to us, there is a genuine threat out there. It's not hype,” Taiwan's President Tsai ing-Wen said amid rising tensions. 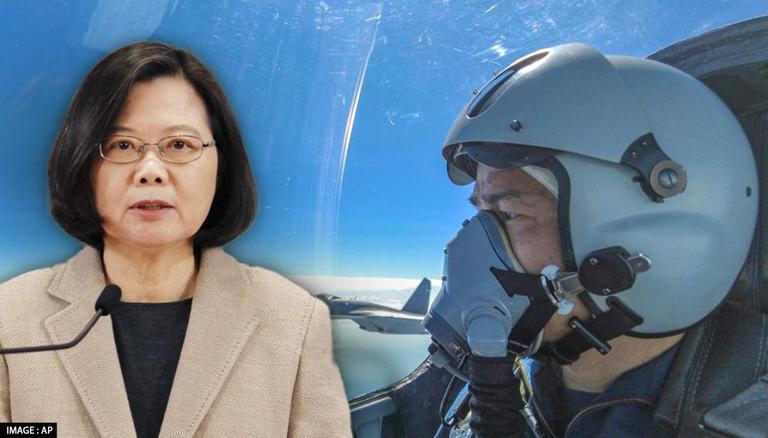 
Taiwan fears a potential invasion by China amid the growing tensions in the region. According to a statement by the President of Taiwan, Tsai Ing-Wen, the island nation considers China a "genuine threat". The fears of an invasion come amid repeated nefarious activities by China in the region that suggest a possible military threat to the integrity of the self-governed island of Taiwan. President Tsai Ing-Wen cited China as a "potential threat" in a statement given to The Atlantic.

Moreover, the RT news agency further cited an article written by Ben Rhodes, Barack Obama's speechwriter and Deputy National Security Advisor. In the article, Taiwan’s President said that they need to be ready for a potential invasion by the Chinese military.

“It's real that this thing could happen to us, there is a genuine threat out there. It's not hype,” she claimed.

The Chinese military is of a much greater magnitude than that of Taiwan. However, under the leadership of President Tsai Ing-Wen, Taiwan has significantly increased its defence spending. Under her tenure as the island nation's President, Tsai Ing-Wen increased Taiwan’s defence spending by 13% and is expected to reach $19billion in 2023, reported RT. Apparently, Taipei aims to make an invasion by China costly.

“If the People's Liberation Army (PLA) wants to do something drastic, (President of China) Xi has to weigh the costs. He has to think twice,” RT news quoted Tsai as saying to Ben Rhodes.

However, despite the boost in Taiwan's defence spending, and even after the authorization of a billion-dollar arms sale to Taipei by the United States, Taiwan still needs the West to bankroll its military, just like the West has been doing for Ukraine amid the conflict with Russia.

"The Western countries, particularly the US, are helping Ukraine. What we see from the Ukraine war is Western countries get together and help Ukraine to fight," RT news quoted Taiwan’s President as saying in the article.

Bejing adamant over disapproval of diplomacy with Taiwan

China has time and again adopted aggressive measures in shows of power amid heightened tensions in the region. The visit to Taiwan by US House Speaker Nancy Pelosi flared the tensions in the Taiwan strait, following which China conducted large-scale military drills around Taiwan, which included naval blockades and live-fire drills.

Under President Xi Jinping, China has taken a more hardline approach to achieve the reunification of Taiwan with the mainland. China claims the island is a breakaway province that will eventually be "reunified" with the country.