Children must not pay for this conflict with their childhood, the United Nations Children's Fund (UNICEF) said in a tweet on Sunday. 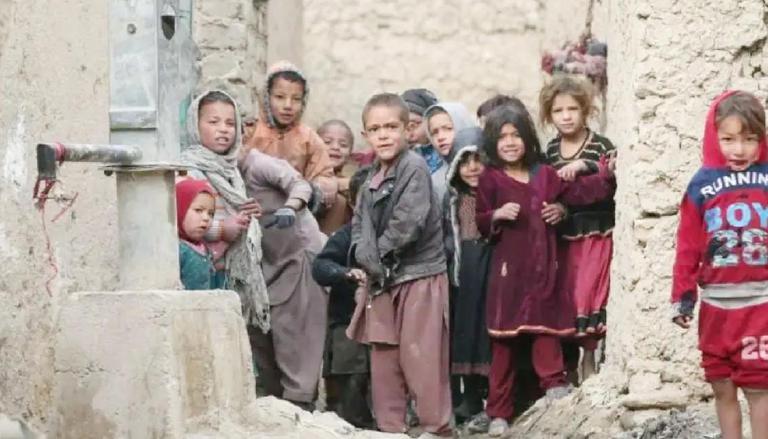 
Children must not pay for this conflict with their childhood, the United Nations Children's Fund (UNICEF) said through a tweet on Sunday. Referring to the manifold increase in violence since the Taliban overhaul of Kabul, the international organisation expressed deep concerns about 'grave child rights violations' in Afghanistan. Taking to Twitter UNICEF also condemned the ghastly attack on the mosque in Kandahar which killed two 17-year olds besides 40 others. "Two 17yo boys were reportedly killed when a mosque in #Kandahar was attacked during Friday prayers. Children must be protected," the international child rights body wrote on Twitter. At least 47 people were killed in the suicide bombing that went off inside the Shi'ite mosque in the southern Afgan city of Kandahar. Seventy more were left with serious injuries inside the mosque premises as the blast tore through the Imam Bargah-e Fatima. The attack was claimed by the Islamic State Khorasan (ISIS-K) and was similar to the one detonated in the northern city of Kunduz.

Two 17yo boys were reportedly killed when a mosque in #Kandahar was attacked during Friday prayers.

UNICEF is deeply concerned about a rise in grave child rights violations in Afghanistan.

Afghanistan food and health system on the verge of collapse: UNICEF

Meanwhile, UNICEF has also reiterated its concerns over food insecurity in Afghanistan, which has largely fuelled malnutrition and left the health system on the verge of collapse. "Afghanistan’s children need peace," the organisation said adding, "increased conflict and insecurity in Afghanistan have left children paying a heavy price." Despite Afghanistan being "one of the dangerous places in the world", with a security crisis, skyrocketing food prices, a severe drought and the spread of COVID-19, children are at greater risk than ever, UNICEF said in a statement.

🚨 Afghanistan is in deep crisis and children are paying the heaviest price.
⚠️ At least 1m children are at risk of dying due to severe acute malnutrition.
⚠️ The health system is on the verge of collapse.
⚠️ Millions of girls are missing out on education.

As reported by UNICEF, children in Afghanistan are living without proper water supply due to drought-like situations. They are being left out of life-saving vaccines due to lack of availability. "The health system and social services are on the verge of collapse and medical supplies are running dangerously low," the organisation said in a statement. At least 14 million people in Afghanistan are facing acute food insecurity, and an estimated 3.2 million children under the age of five are expected to suffer from acute malnutrition by the end of 2021, as per UNICEF's data.  "At least 1 million of these children are at risk of dying due to severe acute malnutrition without immediate treatment," UNICEF noted.