Amid soaring tension between Ukraine, Russia, and the US, President Vladimir Putin dialled Germany Chancellor Olaf Scholz and held a detailed discusson. 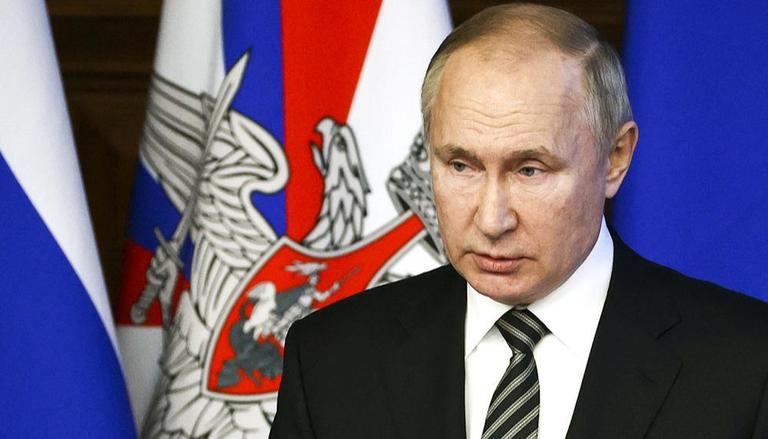 
Amid soaring tension between Ukraine, Russia, and the United States, President Vladimir Putin dialled Germany's Chancellor Olaf Scholz and held a detailed discussion on the issue, news agency TASS reported on Tuesday. During the telephonic conversation between two leaders, the statement released by the Kremlin press department said Moscow has cleared its stance over the long-term guarantees of security in Europe. "Vladimir Putin informed Scholz about the Russian proposals on long-term, legally cemented guarantees of security, which rule out any NATO eastward expansion, as well as deployment of strike weapons in Russia’s neighbouring countries," TASS quoted the statement released by Kremlin.

Accusing western countries of the reason behind the escalating tension between Russia and Ukraine, Putin reiterated his demand for guarantees from the US and its allies that NATO (North Atlantic Treaty Organization) will not expand eastwards. Notably, the telephonic conversation between the Russian President and his German counterpart at a time when the US is forcing the expansion of NATO forces in the bordering regions of Russia and Ukraine. According to US intelligence inputs, Moscow has deployed around 70,000 Russian troops near the Ukraine border.

The intelligence inputs claimed the Russian forces have reportedly made all preparations to "invade Ukraine" next year. However, the claims have been categorically denied by President Putin on multiple occasions. It is worth mentioning, the conversation also discussed Moscow's recently submission of draft security documents in which the Kremlin demanded NATO deny membership to Ukraine and other former Soviet countries. Putin also demanded a rollback of the alliance's military deployments in Central and Eastern Europe. "Putin expressed his hope that serious negotiations on all issues raised by the Russian side will be organised," the Kremlin added.

Earlier this month, the top diplomats of the Group of Seven (G7) pitched their voices against Moscow aggression. The diplomats who were gathered beside the River Mersey in Liverpool urged the countries to unite against Russia's intent to evade Ukraine. UK Foreign Secretary Liz Truss said that the inter-governmental political forum prepared all substantial documents that are necessary to invoke anti-money-laundering laws. While speaking at the conference, she warned Moscow to face stringent sanctions from the G7 nations if it has any intention to invade Ukraine or destabilise the incumbent government. The United States also echoed the UK's stand.