World Animal Day: Take A Look At 10 Weirdest Pets In The World

On World Animal Day, take a look at 10 weirdest pets on the internet. From grizzly bear to the lion to alligator, people own a list of exotic animals.

While dogs and birds and cats are among the most common pets around the world, a lot of people like to pet exotic animals. While laws vary from country to country, almost every exotic animal on this earth can be yours as long as you follow a steep list of guidelines. On the occasion of World Animal Day, here's a look at 10 weirdest pets people own across the world.

Humaid AlbuQaish, a billionaire in the United Arab Emirates, likes to collect exotic animals and his Instagram is loaded with pictures of them all. From flamingos to cheetahs, this man has an entire safari in his backyard. Of them, the fierce lion tops the list.

Most grizzly bears feel threatened by the presence of humans, but this bear named Brutus follows his owner around everywhere. Brutus’ owner and founder of the Montana Grizzly Encounter, Casey Anderson, said to the media that his grizzly pal feels similar emotions to humans. 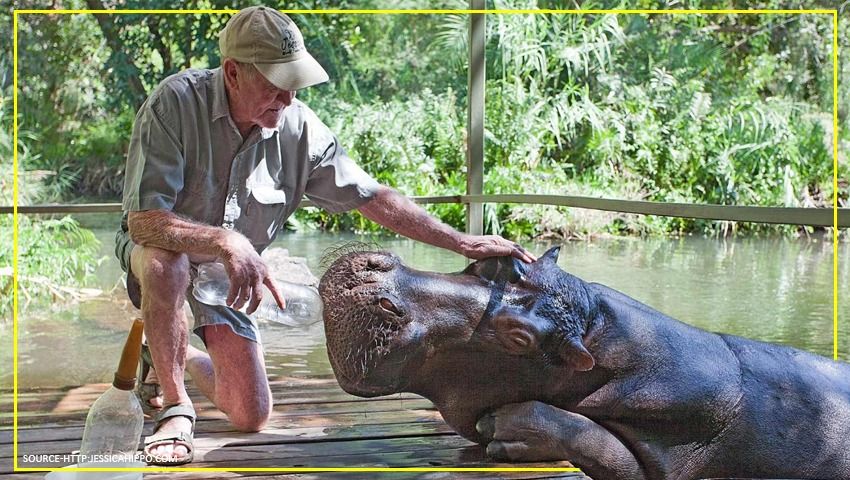 Jessica the Hippopotamus is as docile and friendly as any domesticated dog or cat said its caretakers to the media. Tonie and Shirley Joubert have been providing care to this giant pet since finding Jessica in distress on the riverbank behind their South African property in 2000.

Read: Mega Harpy Eagle: Netizens Blown Away, Ask If It's Even Real

Mary Thorn from Florida owns a pet alligator, Rambo, whom she dresses him up for every holiday and even takes him for the occasional motorcycle ride. She has even trained her pet gator not to bite and to keep his jaws clamped tight while others are around.

Juniper the fox has over 2 million Instagram followers. Unlike other wild foxes, Juniper is trusting and domesticated said her owner to the media.

In a media interview, Bryan Hawn who adopted his pet hyena, Jake said, that other housepets bore him. Initially Jake locked up the hyena in his Miami, Florida apartment until finally realizing that it needed a place to be free from the tiny dimensions of his home. Hawn eventually decided to take her to an exotic pet sanctuary.

According to his owners, the Finnish reindeer acts more like a dog and enjoys eating dinner at the table with the rest of the family every night.

The owner of Damian the pet kangaroo, Jackson O’Doherty said that it loves to play tag or maybe just enjoys chasing him.

Melissa and Mick McAllister from Melissa, Texas have two pet bobcats named Gypsy and Monaco. They even sleep in the same bed as them - and use the toilet as per reports.

According to Dumas, the owner of a polar bear named Agee actually purrs when he is around. They bathe together, sleep together, and even wrestle.