Marking another remarkable unearthing, archaeologists in Indonesia have discovered the world’s oldest known cave painting. The painting which shows a giant warty pig was found in the Leang Tedongnge cave, The findings, which provide an insight into earliest settlements of the region have now been listed in journal Science Advances on January 13.

According to reports, the discovery was made by a doctoral student in 2017 who was conducting a survey on the island of Sulawesi in the south-eastern part of the country. The study mentioned that the Leang Tedongnge cave is located in a remote valley enclosed by sheer lemon stone cliffs. The ancient cave is only accessible during the dry season as it is submerged by rains otherwise.

Read: Team India Players Leave No Stone Unturned, Sweat It Out In The Nets Before Brisbane Test

The painting measures 136 in width and 54 centimetres in height and has been created using dark red ochre pigment. There are two handprints above the pig's hindquarters, and it appears to be facing two other pigs that are only partially preserved, as part of a narrative scene. An additional feature of the pig is that it has short crest of upright hair as well as a pair of horn-like facial warts, which has prompted researchers to believe that it is a male figure. 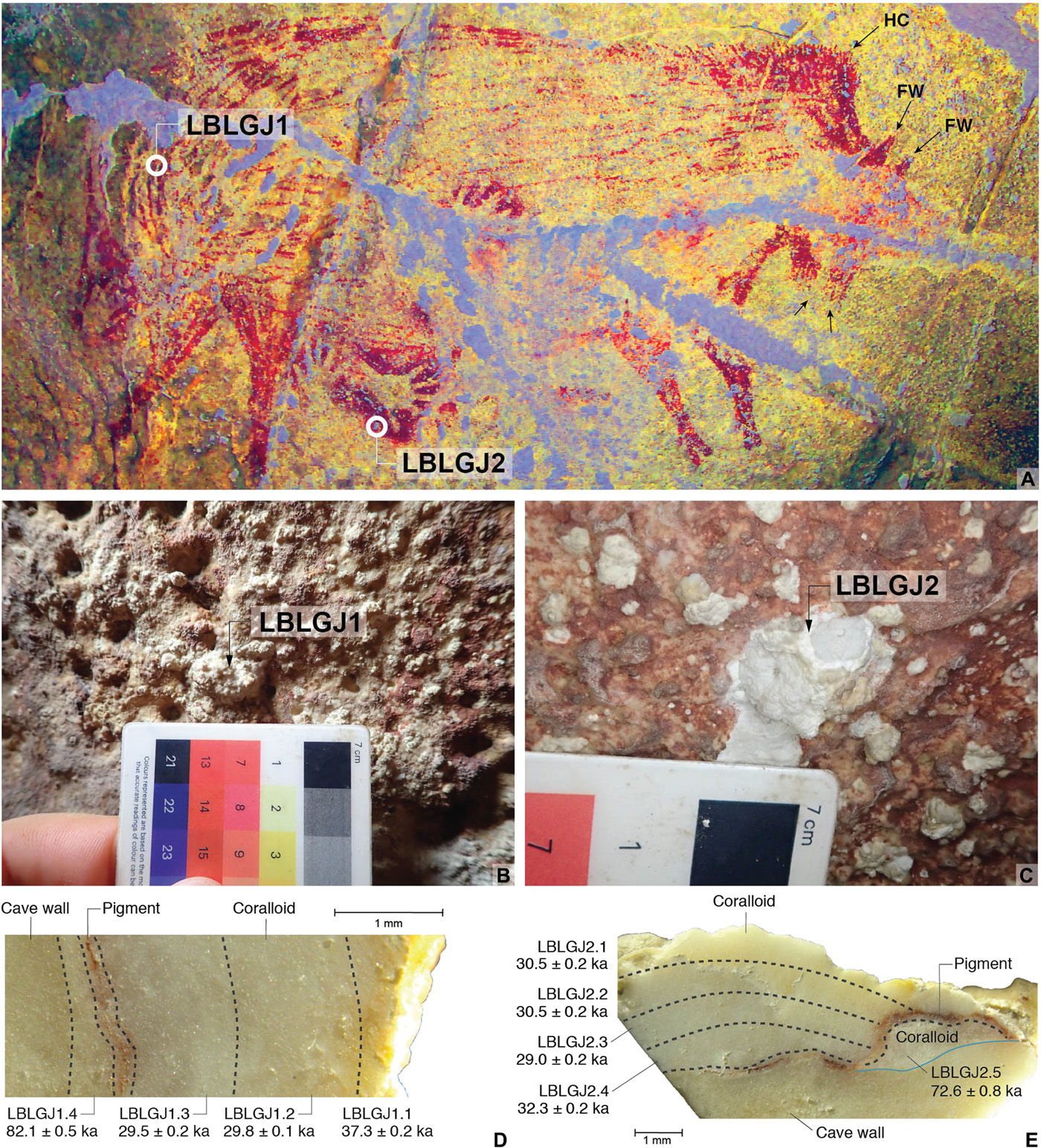 "At Leang Tedongnge, the dated suid figure is positioned on the rear wall of the cave. Measuring 136 cm by 54 cm, this motif is associated with two hand stencils situated above and close to the hindquarters of the suid representation. At least two or three other suid figures (pigs 2 and 3) are located on the same panel. In contrast to pig 1, which is relatively complete, the latter images are only partially preserved owing to exfoliation of the cave wall “canvas” on which they were painted. Clearly visible, however, are the heads of two of the suids. The animal figures seem to have been depicted confronting each other," the researchers explained.