Ahead Of Putin's Belarus Visit, Lukashenko Avers Minsk 'will Never Be An Enemy To Russia'

While Ukraine struggles to deal with the barrage of missile attacks by Russian forces, Russian President Vladimir Putin is all set to visit Belarus on Monday. 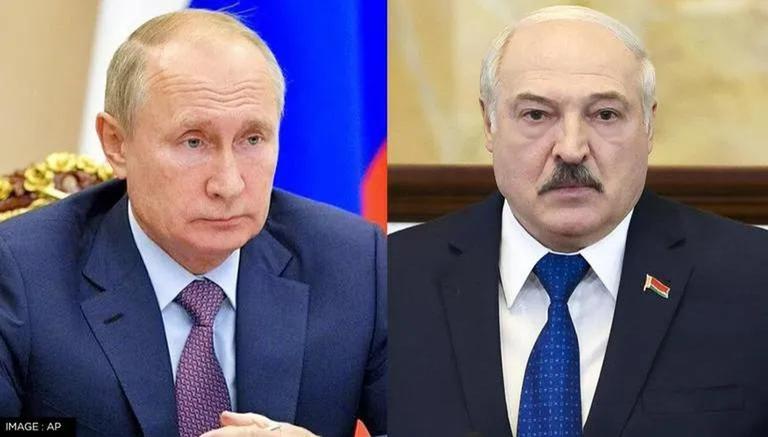 
While Ukraine struggles to deal with the barrage of missile attacks by Russian forces, Russian President Vladimir Putin is all set to visit Belarus on Monday, December 19, reported The Guardian. Putin and Belarusian President Alexander Lukashenko will discuss Russian-Belarusian integration “as well as current topics on the international and regional agenda”, the Kremlin said. The duo will conduct a one-on-one meeting in which they will “give priority to security issues and exchange views on the situation in the region and the world”, Belarusian state-owned news agency Belta said.

It is to mention that Belarus is considered as one of the most significant allies of Russia in international politics. The country played an even more significant role in supporting Moscow in the Russia-Ukraine war. In light of the evident closeness between the two countries, Lukashenko asserted that Moscow and Minsk "will never become enemies".

Lukashenko, who is known for his authoritarian ways of administering Belarus, is also considered one of the strongest allies of Putin. On Friday, Lukashenko spoke to Belta news agency and talked about the solid relationship between Moscow and Minsk. The Belarusian President exclaimed, “We will never be Russia's enemy. And will never give Russia the cold shoulder. This is the closest country to us, our closest people. I think that while we are in power, we will adhere to this trend. Had it been otherwise, it would have been like in Ukraine”. He further made it clear that Belarus will remain a “sovereign and independent state”.

‘We are sovereign and independent state’: Lukashenko

The Western Bloc has time and again claimed that Belarus is dependent on Russia and that sometimes it complies with Russian demands which might be costly to its own country. However, the Belarusian president made it clear where he stands on the matter of sovereignty and independence. During his conversation with Belta, Lukashenko said,  “I am saying this absolutely sincerely: with all the difficulties if the Russian Federation—the leadership—wants to build relations with the sovereign independent state of Belarus if Russia perceives us as a sovereign and independent state but a very close one, very reliable, where everything Russian—from the language to Russian traditions—is venerated, we are ready to build the relations”. He added that Belarus should, “always proceed from the premise that we are a sovereign and independent state”.

According to the Belarusian Presidential press service, the Russian president will meet his Belarusian counterpart in Minsk, during his “working visit to Belarus”. It was also reported that Putin also intends to discuss prospects of further economic cooperation as well as the current “military and political situation” with Minsk. With the growing aggressiveness of the Kremlin forces in the Russia-Ukraine war, Ukraine and its Western allies are likely to pay close attention to the recent meeting.