Russian Deputy Foreign Minister warned that Finland and Sweden's decision to join NATO "would be a mistake with far-reaching implications." 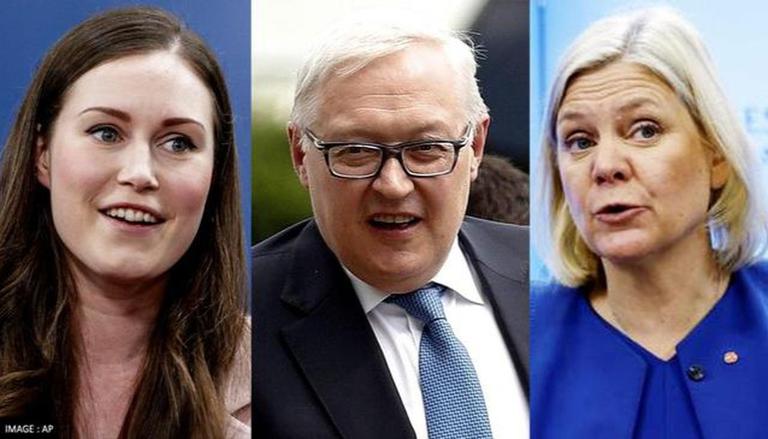 
As Finland and Sweden officially announced their decisions to join North Atlantic Treaty Organization (NATO), the Russian Deputy Foreign Minister warned that this move "would be a mistake with far-reaching implications." Speaking to reporters, Sergey Ryabkov said that the overall level of military tension will escalate, and there will be less predictability in these regions if Finland and Sweden enter the intergovernmental military alliance.

"It's a pity that common sense is being sacrificed to some phantom ideas about what should be done in the current situation. This is another serious mistake with far-reaching implications. But there's nothing to be done, such is the level of those who make the appropriate decisions in the respective countries," he stated, as per Sputnik. Ryabkov stated that Sweden and Finland's security will not be boosted as a result of their planned membership in NATO. He also stated that it is unclear how Russia would "guarantee" its security with the change in NATO's composition.

"This will depend on what, in practical terms, will be the result of the anticipated accession of Finland and Sweden to the North Atlantic alliance. They should not have any illusions that we will simply put up with this," Ryabkov remarked. His comments came as the Chinese Foreign Ministry warns that Finland and Sweden joining NATO will almost certainly bring "new factors" into the alliance's relationship with China. Meanwhile, NATO members have supported the two nordic countries' bid for membership. The alliance's Secretary-General Jens Stoltenberg has stated that both the nations will be "welcomed with open arms".

Earlier on May 14, Russian President Vladimir Putin held a telephonic conversation with his Finnish counterpart Sauli Niinistö. During the discussion, Putin stated that Finland's refusal of the traditional policy of military neutrality would be a "mistake" since there are no significant threats to its security. Meanwhile, Kremlin spokesperson Dmitri Peskov cautioned that "NATO's further expansion will not make Europe more stable and safe." According to him, further bolstering NATO's eastern flank would "become an element for a specific assessment and the formulation of the necessary steps to balance the situation and secure our security," as per Sputnik.