Latvia PM Asserts ‘Russia Has To Lose’ For Lasting Peace; Warns Of Conflict In Moldova

“The main goal of ours has to be that Russia loses — and the other side of the coin is that Ukraine wins the war," said Latvia PM Krišjānis Kariņš. 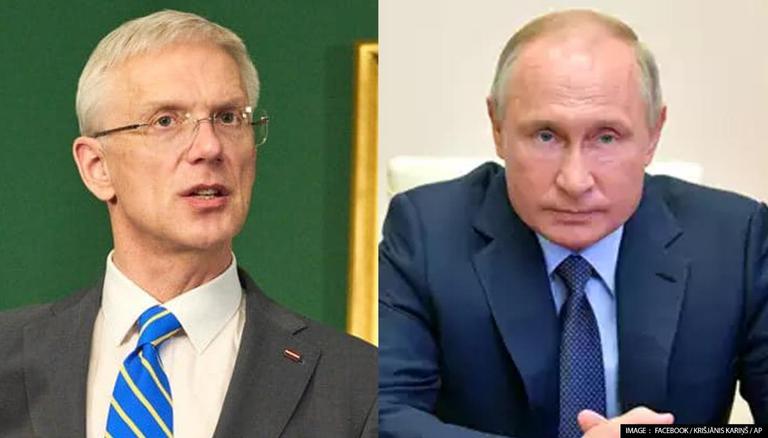 
“Russia has to lose” its war against Ukraine in order to ensure the lasting peace and security, and the EU leaders must not make the mistake of pursuing “peace at any cost,” Latvian Prime Minister Krišjānis Kariņš said in an interview with Politico on Monday, May 30. Kariņš siterated that even as the EU’s heads of state debate approval of the sixth round of sanctions that imposes total oil embargo on Russia, it must realign its goal and focus more on defeating Russia’s president Vladimir Putin.

“They [EU] should focus first and foremost on the overarching goal of defeating Russian President Vladimir Putin — which is the only way to ensure that Russia might be deterred from future military aggression,” Politico quoted the Latvian Prime Minister Krišjānis Kariņš as saying.

The Latvian Prime Minister furthermore said that it is a challenge for Europe as well as the world to “persevere, and to keep the eye on the ball,” referring to the goal of ensuring that Moscow failed to accomplish its military objective in Ukraine.  “The main goal of ours has to be that Russia loses — and the other side of the coin is that Ukraine wins the war. Anything short of that means we have a very bad security situation in Europe,” Krišjānis Kariņš told the newspaper. He further added that while Russia “does not perceive a loss”it means that it’s just a way-station. “So maybe the conflict slows down now … it’s frozen, as many conflicts had been in the past,” he emphasized.

If not defeated, Moscow's military will rise against Moldova, or Georgia or Kazakhstan: Latvian PM

If Moscow’s so called special military operation does not witness a defeat, the former’s military might will be bolstered and will continue to rise and expand into Ukraine, or Moldova, or Georgia or Kazakhstan or elsewhere, the Latvian leader warned. “That is what will lead to long-term instability.” EU countries have been pushing for eace “at any cost” and have used language in the summit calling for a cease-fire — and suggesting that Ukraine may need to surrender territory. European Council leaders  must abstain from pursuing such path and committing such dire mistake in favour of pursuing peace, said Krišjānis Kariņš.

“The difficulty is that some of my colleagues have a false belief … peace at any cost,” Kariņš said. “And peace at any cost is what we have done for 20 years with Putin. And peace at any cost means Putin wins. We end up losing. Now, in the self-interest of Germany, and France and Italy and everyone else, if we really want security in Europe, Russia has to lose, they finally have to realize they cannot operate in this way. And collectively, we have the ability to make that happen.”