NATO asserted that in accordance with their preliminary report, “there was no indication that the missile strike that hit a Polish village was deliberate.“ 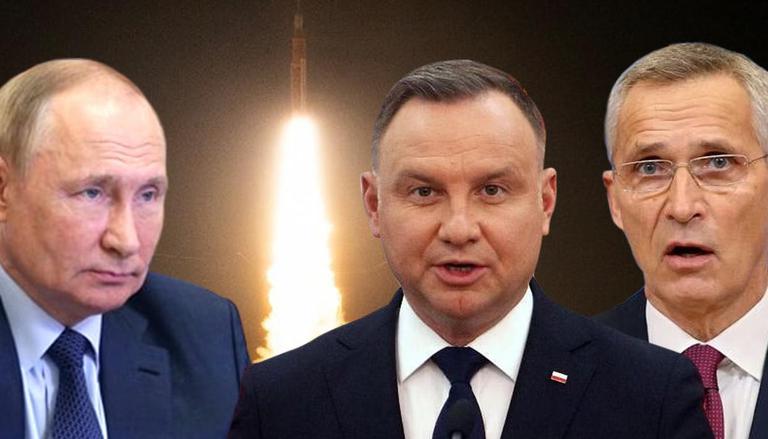 
The missile strike that happened on Tuesday night in an eastern village of Poland has caused a lot of stir all around the world. While many saw it as an attack on NATO since Poland is part of NATO, the Russian defence ministry vehemently denied its involvement. Amidst all the chaos, NATO on Wednesday asserted that in accordance with their preliminary report, “there was no indication that the missile strike that hit a Poland border village was deliberate.“

CNBC on Wednesday reported that preliminary analysis of the event suggested that “the incident was caused by a Ukrainian air defence missile fired to intercept a Russian missile.” Speaking on the matter Jen Stoltenberg made it clear that “there was no indication that this was the result of a deliberate attack and no indication that it was a result of offensive military action against NATO.” Earlier today, the Russian Defence ministry released a statement in which they claimed, “Polish mass media and officials commit deliberate provocation to escalate the situation with their statement on alleged impact of 'Russian' rockets at Przewodow,” adding, “The wreckage published by Polish mass media from the scene in Przewod·w have no relation to Russian firepower,"

After the tragic event took place Tuesday night, the Western military alliance organised an emergency meeting. Both the NATO chief and the Polish President avoided making an aggressive stance against Russia on the matter. According to CNBC, Polish President  Andrzej Duda said on Wednesday, “There are many indications that it was an air defence missile, which unfortunately fell on Polish territory.” Earlier today BBC reported that the President of France, Emmanuel Macron said he was “not sure” when he was asked if Russia is behind the attack, adding, “Let's await the results of the investigation.”

The US also maintained a cautious stance, Biden earlier today claimed that it is ‘unlikely’ that Russia was behind the incident. On Wednesday the BBC reported that appreciating the American stance, Dmitry Peskov, Press Secretary of the Russian President said, “It’s worth noting the restrained and much more professional reaction of the American side and the American president”. This revelation comes to light after the Associated Press reported, citing three unnamed US officials, that preliminary assessment indicated that, “the missile that struck Poland had been fired by Ukrainian forces at an incoming Russian missile.”