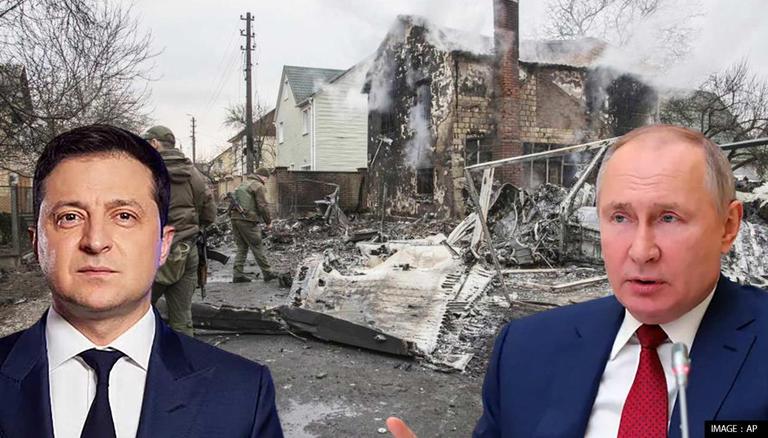 
Amid its brutal conflict with Russia, the Ukrainian government has claimed to have enough evidence against Russian war crimes. Speaking at the national telethon, Ukraine's Justice Minister Denys Malyuska expressed confidence that Kyiv has significant evidence of Russian war crimes including genocide. He further stated that both Ukrainian national courts, as well as international bodies, can pass sentences on the Russian leadership and its military. These include the International Criminal Court (ICC), a tribunal recently established by the Parliamentary Assembly of the Council of Europe, and other courts, Radio Liberty reported.

Ukrainian minister Malyuska further stated that the main key is to detain perpetrators physically. "If the Ukrainian court passes a verdict, Interpol will be the tool to find such people. If these are the verdicts that will be handed down by the ICC, then this will be an even more interesting story, because most countries support its jurisdiction. And most countries in the world will not even pay attention to diplomatic protection if Vladimir Putin or his entourage fall into the territory of a country that recognizes the jurisdiction of the ICC," he remarked. Malyuska further claimed that this will at least limit the possibility of war criminals leaving fleeing Russia.

Ukraine calls for compensation from Russia for damage caused by aggression

The Ukrainian minister anticipated that it will take at least a year and a half or two to fully launch these mechanisms and the first sentences. "Because, of course, international jurisdictions have always been slow, and these are still very fast deadlines for them as they usually take six to eight years for such cases," Malyuska claimed. He also called for the recovery of compensation from Russia for the damage caused by aggression.

Earlier on April 20, the Ukrainian Parliament approved a government bill that establishes a legislative framework for collaboration with the International Criminal Court, ensuring that those guilty of war crimes are brought to justice. Ukraine and several Western officials have called for Russia to be held responsible for war crimes, particularly over the incidents in the Kyiv region. However, the Kremlin has often refuted of committing such crimes or killing civilians in the Ukrainian territory.