As the World Cup wrapped up in Qatar on Sunday, Ukrainian President Volodymyr Zelenskyy spoke about how the world was attentive to Ukraine’s call for peace. 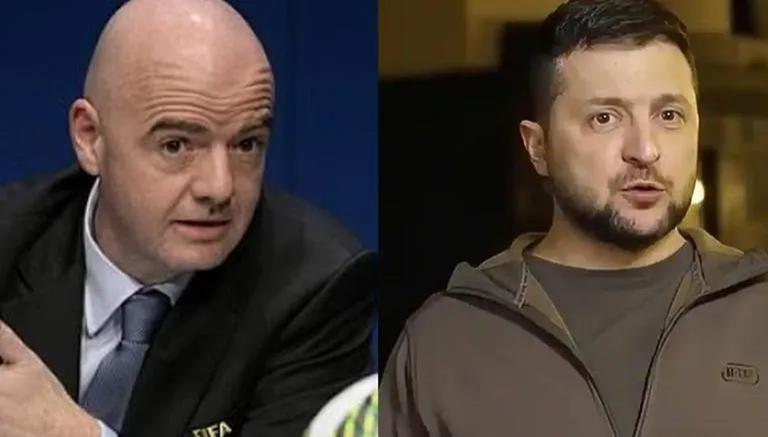 
As the FIFA World Cup wrapped up in Qatar on Sunday, Ukrainian President Volodymyr Zelenskyy spoke about how the world was attentive to Ukraine’s call for peace, despite the tournament rejecting his appeal to show his video message for the same. “When people are united by football, people are united by peace. That is why I have prepared a special address from Ukraine to the whole world for today. To all who value peace and life,” Zelenskyy said in a nightly address, according to the President of Ukraine website.

“Although FIFA blocked this address from being shown at the stadium before the final game in Qatar, the world still heard our call,” he said, while acknowledging a few football players who shared his video message of peace. “Our football players shared the video... Yarmolenko and the entire national team of Ukraine, Shevchenko, Shovkovskyi, Modrić, Srna, Guardiola, Raț and many, many other wonderful players. I thank everyone! Partner states supported it. Thousands of world media spread it,” Zelenskyy added.

Previously, Ukraine’s presidential office condemned FIFA for rebuffing Zelenskyy’s clip, which was meant to be an “appeal for peace,” the office said in a statement to CNN on Saturday. “Qatar supported the President’s initiative, but FIFA blocked the initiative and will not allow the video address of the president to be shown before the final game,” the statement read, adding that “FIFA has lost its valuable understanding of soccer – as a game that unites peoples, rather than supporting existing divisions.”

Why was the clip rebuffed by FIFA?

Ukraine’s presidential office then revealed that it will share the video message separately with notable figures if FIFA does not show it during the football match. The video, which was recorded in English, displayed Zelenskyy stating that the popular sport helps unite the world, and Ukraine calls for “the World Cup, but not world war.”