South American country Argentina legalized abortion procedure by 38 votes to 29 in 72 member senate with 1 abstention in a landmark legistlation.

Argentina’s Senate on January 9 announced that it will abolish criminal charges against women who got abortions at the hospitals while the activity was illegal after the South American country’s parliament legalized the procedure by 38 votes to 29 in 72 member senate with 1 abstention in December. In a historic verdict in favour of reproductive justice for the women, the Latin American nation’s government said that it will pardon all women, or anyone with the capacity to gestate, including LGBTQ+ and non-binary individuals who underwent the procedures within 14 weeks of pregnancy, according to a Guardian report.

The Pope’s homeland country restored the reproductive rights for women as it stressed that the women who were previously charged for having an abortion will not be sent to prison. This comes as women in the conservative province of Tucumán, Belén, were reportedly held under detention for the pro-abortion choices with sentences for up to three years. Feminist lawyer Soledad Deza had been fighting for the rights of women for over several years, as she said that restricting women from exercising their right to abortions was in fact a cruel and degrading treatment of women by the lawmakers. 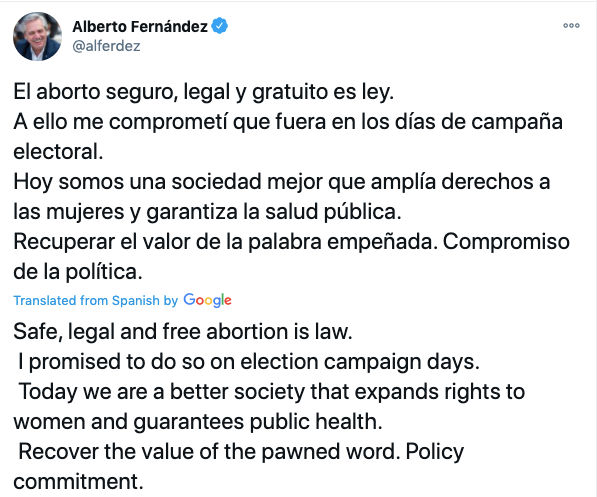 Read: Brazilian Women March To Argentina In A Bid To Overturn Abortion Ban

The Pro-choice activists had pushed for the Latin American country to make the landmark reform and legalise the procedure in the nation of the Catholic Church. Senate president Cristina Kirchner confirmed the vote following twelve hours of debate that prompted revolts across the streets of capital Buenos Aires. Pro-choice and anti-abortion campaigners are expected to gather in the plaza near Buenos Aires’ congress building as the historic vote was awaited. Ultimately, the “green” camp pushed the bill with 33 senators in favour, surpassing their blue opponents. President Alberto Fernandez, the Chamber of Deputies of Argentina approved the bill into legislation, making the thousands of illegal terminations held annually across the nation, legal. President Alberto Fernandez called the law 'necessary to legislate for everyone.’ 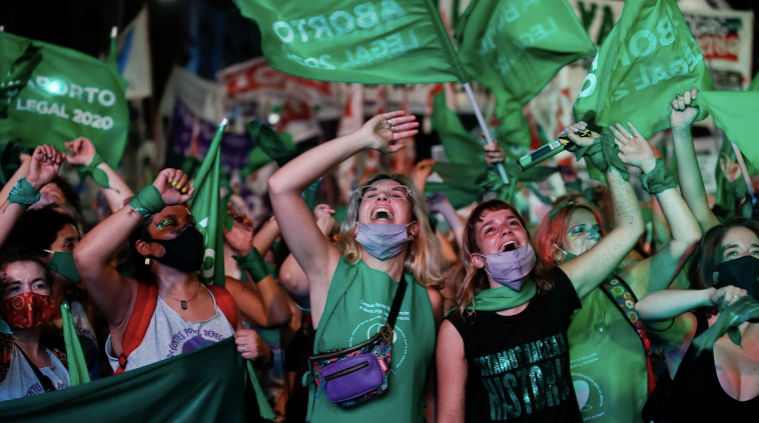 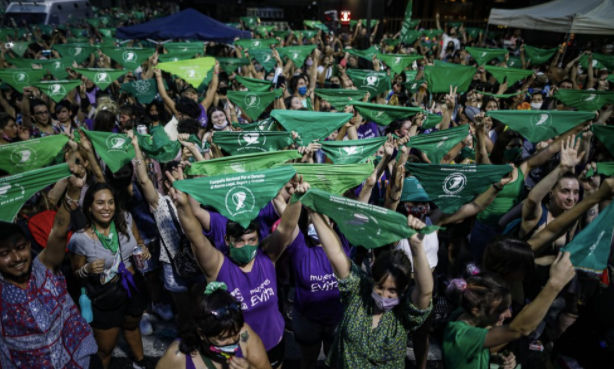 [Bill has approved in country’s Senate after a debate. Credit: AP] 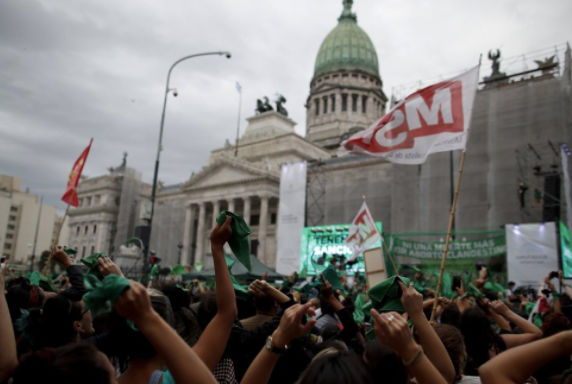 WE RECOMMEND
Argentina Senate prepares for historic vote on bill legalising abortion
Argentina: 1 per cent of those vaccinated with Sputnik V jabs show adverse reactions
First doses of Russian vaccine Sputink V arrive in Argentina
Argentina and Chile suspend all flights to the UK
Brazilian women march to Argentina in a bid to overturn abortion ban