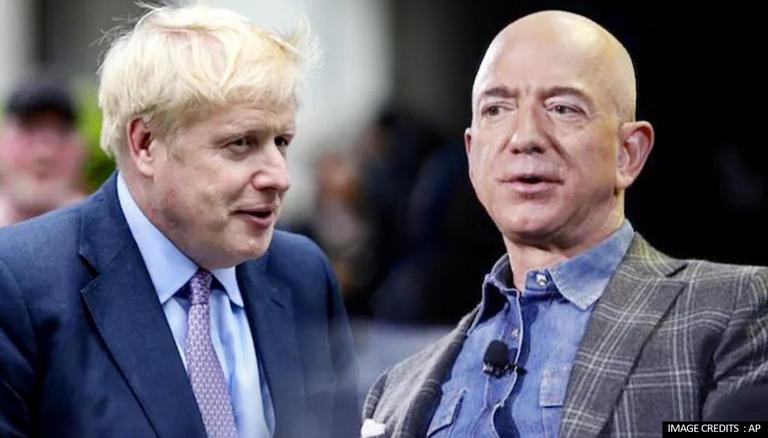 
UK Prime Minister Boris Johnson will confront the world’s richest man Amazon CEO Jeff Bezos about his retail giant firm’s ‘tax records’ as the two will meet face to face in New York on Monday, 10 Downing Street said on 19 September, according to the British press. Johnson will also ask the Amazon boss to ramp up the diplomatic efforts to help fix the climate crisis and save the environment. Downing Street had earlier stated in a release that the UK PM highlighted allies and partners “stagnating” their promise of 100 billion dollars (£73 billion) annual commitment for the developing world to help achieve their carbon emissions goals.

Johnson is also expected to hold climate talks with his Brazilian counterpart president Jair Bolsonaro whose foreign minister has often dismissed global climate change theory, saying, “there is no climate change catastrophe as such.” Brazilian leader Bolsonaro has also in the past faced backlash for his ambitious developmental projects over the conservation of the forest. At the UN General Assembly in New York, the British Prime Minister, who takes up climate issues with world leaders passionately and seriously, will urge the climate critic Bolsonaro to work towards countering the environmental crisis.

This week at #UNGA I will be making the case that a global recovery from the pandemic must be rooted in green growth.

We only have a short time left. World leaders must deliver on their climate commitments ahead of @COP26.#BuildBackBetter

Johnson is accompanied by his new Foreign Minister Liz Truss as he has embarked on the United States trip, to also hold talks with his American counterpart, Joe Biden, on the sidelines of the UN summit. The UK PM will convene a conference of global leaders and key players alongside the UN Secretary-General Antonio Guterres, following which he is expected to speak with the Amazon founder.

Earlier this year, as Amazon withdrew from the HQ2 of New York City, the company came under fire for why it does not pay corporate taxes. Questions were also raised over Amazon’s tax filing in Luxembourg that depicted Bezos’ firm made a whopping £38 bn income in Europe without having to pay any corporate tax to Grand Duchy, reports revealed. Amazon was also accused of seeking huge tax incentives worth billions of dollars and paying literally 0 percent taxes in 2018 even when it made an income of more than $11 billion. The company received a federal tax refund of $129 million, according to reports.