India and UK will together launch the initiative for the Resilient Island States (IRIS) for developing infrastructure of small island nations in Glasgow today. 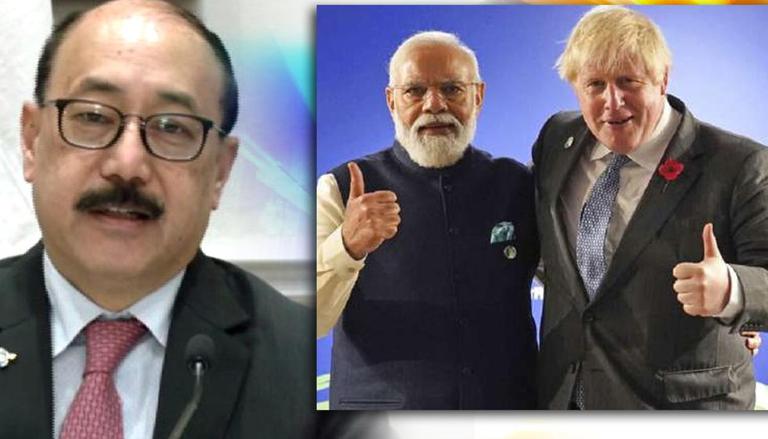 
India and UK will together launch the initiative for the Resilient Island States (IRIS) for developing infrastructure of small island nations, Foreign Secretary Harsh Vardhan Shringla said on Tuesday while briefing the media about the programs of Prime Minister Narendra Modi at the Conference of Parties (COP26) on the third day. The initiative will be jointly announced by PM Modi and his British counterpart Boris Johnson at the Glasgow Summit on Tuesday. IRIS is a part of the Coalition for Disaster Resilient Infrastructure (CDRI) that would focus on building capacity, having pilot projects especially in small island developing states, Shringla explained.

During the press briefing, the Foreign Secretary also updated that Australia will also be a vital "partner in this effort". The project is an outcome of PM Modi's concerns over the loss of lives and livelihoods and entire infrastructure, housing during natural calamities, as per Shringla. "This is an effort to try and equip countries that are particularly vulnerable to the effects of climate change," Shringla said during the presser, as per ANI.

The inauguration session of IRIS will be addressed by several leaders of small island states. The list of leaders includes PM of Fiji, Frank Bainimarama; PM of Jamaica, Andrew Holness, PM of Mauritius, Pravind Jugnauth and Secretary-General of UN, Antonio Guterres. PM Modi will also meet a "number of leaders" from other countries and eminent individuals associated with climate change and socio-economic development work.

In his remarks, PM outlined the criticality of climate adaptation in development policy, importance of traditional practices and the need for global support for adaptation.

PM discusses the need for 'adaptation' at COP26

Adaptation is a core part of our development policies and projects, PM Modi said as he addressed a session on  'Action and Solidarity - The Critical Decade' event at the COP26 Summit in Glasgow. "Adaptation has not gained as much importance in the global climate debate as Mitigation. This is an injustice to those developing countries, which are more affected by climate change," he asserted. Noting the commitments of India in adapting newer measures to limit climate change, PM Modi said, projects like tap water for all, Swachh Bharat- clean India Mission and Ujjwala- clean cooking fuel for all in India have not only provided benefits of  adaptation to the needy citizens, their quality of life has also improved.

Highlighting the need to acknowledge traditional adaptation policies, he further stated that preservation of lifestyles according to local conditions can also be an important pillar of adaptation. In his concluding statement, PM Modi called for global support for local adaptation and urged all countries to join the Coalition for Disaster Resilient Infrastructure (CDRI) to be jointly launched by the UK and India.