Prince Andrew, who shares close relations with British socialite Ghislaine Maxwell, was spotted visiting his mother for the first time after the court ruling. 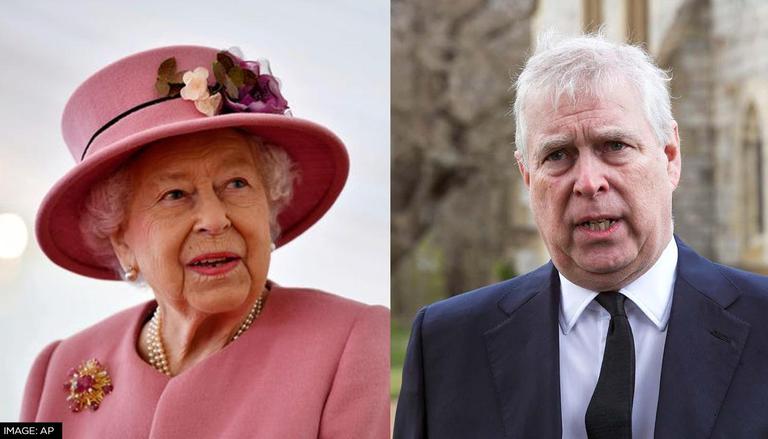 
Prince Andrew, who shares close relations with British socialite Ghislaine Maxwell, was spotted visiting his mother for the first time after the court ruling. According to a report by Daily Mail, he visited his mother, the UK's Queen Elizabeth II, in Windsor Castle on Friday. Notably, this was the first time when Duke of York was spotted in public after his former friend Ghislaine Maxwell, and her long-time boyfriend, Jeffrey Epstein, were convicted on sex-trafficking charges. It is worth mentioning Andrew is also facing a civil lawsuit filed by a US woman who alleged she was brought to the UK when she was 17-years-old.

A STONY-faced Prince Andrew has broken cover for the first time since his sex trafficker pal Ghislaine Maxwell was found guilty.

The Duke of York was snapped leaving his Royal Lodge home to drive to Windsor Castle to have lunch with the Queen. pic.twitter.com/fHHCEgDjWk

According to the accuser, Virginia Giuffre, the Duke of York had sexually abused her when she was just 17. She claimed Andrew engaged in sexual acts without her consent. The case was filed under New York's Child Victims Act.  According to her, Prince knew that she was a sex-trafficking victim", despite, she alleged Prince had forced her to engage in a sexual relation-- a claim that Andrew denied multiple times. According to the British daily, since the lawsuit was filed in August this year, Prince Andrew was hiding in his Windsor lodge and was not seen in any public events. Earlier, Andrew voiced confidence that the Giuffre lawsuit would be overthrown. However, after Maxwell's guilty verdict, experts familiar with the development said this was a bad signal for Andrew as his former friend was found guilty in serious charges.

Know all about the case

Recently, the British socialite Ghislaine Maxwell was convicted of luring teenage girls to be sexually maltreated by the United States-based financier and convicted sex offender, Jeffrey Epstein. According to the attorneys who have been fighting the case for decades revealed Maxwell used to lure teenage girls for his alleged boyfriend, Epstein and his close aides. The connection linked to the third child and second son of Queen Elizabeth II and Prince Philip after a photograph of Prince Andrew and then a 17-year-old girl went viral on several social media platforms. It was then, the accuser alleged Prince Andrew had forced her to engage in a sexual relationship when she was just 17-year-old.