Since spending a night in the hospital and delaying a trip to Northern Ireland last week, Queen Elizabeth II has performed her first official engagements. 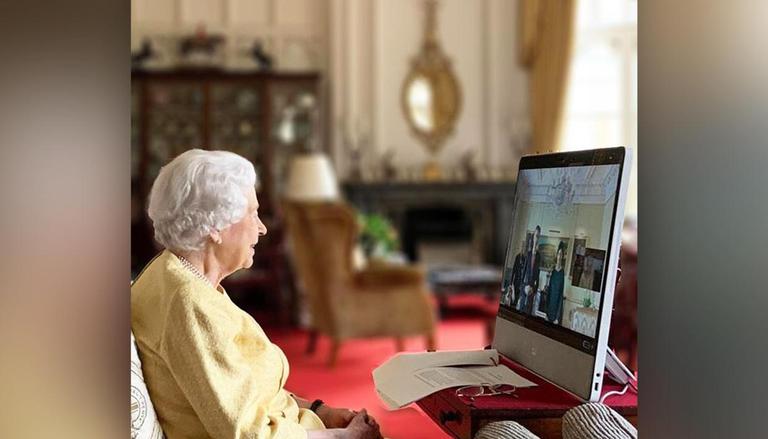 
Since spending a night in the hospital and delaying a trip to Northern Ireland last week, Queen Elizabeth II has performed her first official engagements from Windsor Castle, digitally, as per a report by CNN. In a press release issued on Tuesday, Buckingham Palace stated that the Queen conducted two virtual audiences via videolink from Windsor Castle today.

According to the report, she was greeted by Gunn Kim, the Republic of Korea's ambassador, and Markus Leitner, the Swiss envoy. The Royal Family shared a post on Instagram featuring the images of the Queen digitally talking to the Korean and Swiss ambassadors.

Her stay in the hospital was not COVID related

According to CNN, The 95-year-old monarch was admitted for preliminary investigations after she accepted the doctor's recommendations to cancel the trip and recuperate, said a Buckingham Palace official. Her stay in the hospital was not COVID related. Last Thursday, the Queen and British Prime Minister Boris Johnson were scheduled to attend a church service in Armagh to commemorate the 100th anniversary of partition and the establishment of Northern Ireland.

However, she is still scheduled to be in Glasgow, Scotland, for the COP26 climate conference, which starts on Sunday. The lack of action on the climate catastrophe was reportedly irritating to the Queen.

The Queen decided to use a walking stick in public for the first time earlier this month. Despite this, she continues to travel widely across the United Kingdom. According to CNN, she travelled more than 1,000 kilometres from October 1 to October 19.

READ | Queen Elizabeth II declines 'Oldie of the Year Award', claims she does not meet criteria

The Queen refused the award for Oldie of the Year

The 95-year-old Queen refused the award for Oldie of the Year. She claims that she does not meet the criteria. According to a statement provided by her office, she said that people are as old as they feel. The title is given out once a year to those from earlier generations who have made major contributions to public life. Leslie Caron, a French-American actor and dancer who is five years younger than the Queen aged 90, received the Oldie of the Year award after Queen Elizabeth denied it.