Government sources confirmed that travel restrictions are being considered for people who have not yet taken their booster shots. 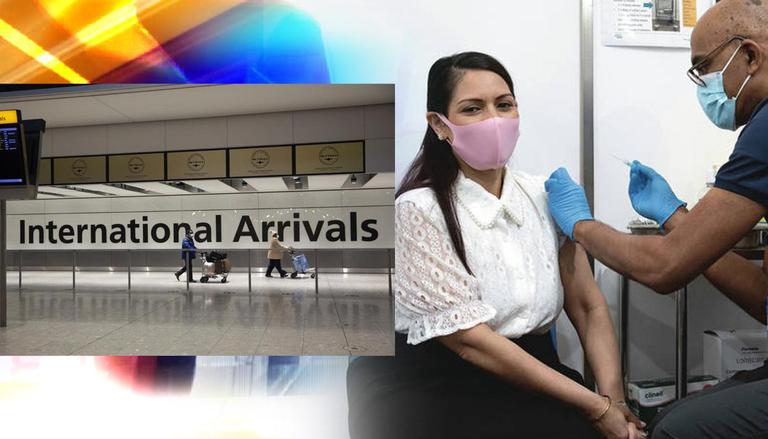 
Government sources confirmed that travel restrictions are being considered for people who have not yet taken their booster shots. As per the reports of The Guardian, around 10 million people in the UK have received COVID booster doses. On Saturday, over 371,000 people in England received the injections. However, the extra dosages have yet to be given to about 60 per cent of those aged 50 and up.

Sajid Javid, the health secretary, urged people to get booster shots as soon as they are eligible, calling it a national mission that would help the UK avoid a return to limitations, according to the Guardian. Ministers are considering changing the regulations on travel so that eligible people who have refused the third dose will be quarantined and tested if they travel overseas, according to a report by the British news website.

The government is reviewing the implications and requirements of boosters

New official guidance released this month stated that the government is reviewing the implications and requirements of boosters for international travel certification and looking at whether and how booster vaccines could be included in the NHS COVID pass for travel. According to the British news website, John Roberts, a member of the COVID-19 Actuaries Response Group said that while the number of patients becoming eligible for booster doses is still growing faster than boosters are being administered, the situation has improved in the last week.

The booster programme attempts to strengthen the immunity of the people in preparation for a projected increase in cases over the winter. According to data from Public Health England, protection against hospitalisation drops from 95 per cent to 75 per cent five months following the second dose of the Oxford/AstraZeneca vaccine, and from 99 per cent to 95 per cent for the Pfizer/BioNTech shot.

According to Evening Standard, Dr Nikki Kanani, deputy lead for the NHS vaccination programme in England thanked the hard work and nonstop efforts of NHS staff and stated that the NHS COVID-19 vaccine project has now vaccinated over eight million individuals, ensuring they are protected ahead of winter. According to her, the NHS has invited millions of people who are eligible for a booster vaccine to come forward get the booster shot. She also said that he has taken his booster and would encourage anyone who is eligible to come forward as soon as possible to protect themselves and their loved ones.