UK Prime Minister Boris Johnson, on October 25, had a telephonic conversation with Russian President Vladimir Putin about the present situation in Afghanistan. 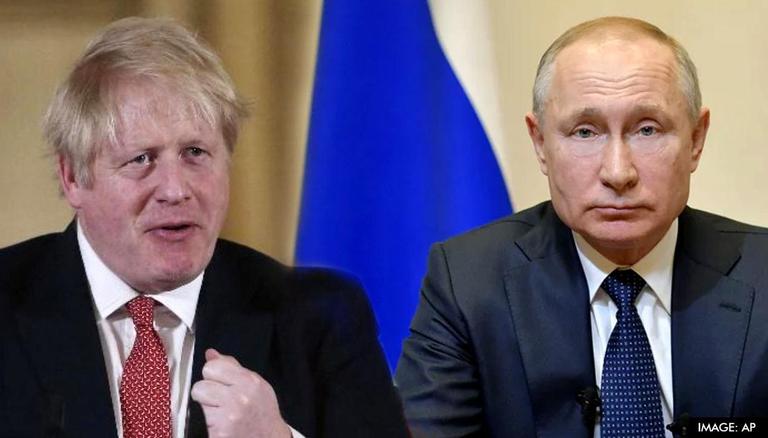 
UK Prime Minister Boris Johnson, on Monday, October 25, had a telephonic conversation with Russian President Vladimir Putin about the present situation in Afghanistan and issues related to the Taliban's "conduct" worldwide, ahead of the COP26 Summit. According to a statement released by Downing Street, the leaders also discussed climate change and the current situation of Afghanistan. The Prime Minister stressed the importance of any recognition of the Taliban being conditional on their behaviour, including respect for human rights.

Johnson applauded Russia's recent efforts to commit to net-zero energy by 2060. "The Prime Minister expressed his hope that Russia will raise that target to achieve net-zero by 2050 as well as making further progress on ending deforestation and an ambitious Nationally Determined Contribution," according to the press release.

President Putin, however, expressed disappointment that he will be unable to attend the COP26 Summit in person due to Russia's coronavirus outbreak.

Boris Johnson, according to Downing Street, has stated that the UK's existing relationship with Russia is not what they desire. He went on to say that there are still serious bilateral issues, like the poisonings in Salisbury in 2018. The statement added, "The Prime Minister (Boris Johnson) also underscored the importance of Ukrainian sovereignty." The UK Prime Minister stated that as fellow permanent members of the UN Security Council and major world economies with a long, shared history, the UK and Russia have a responsibility to work together to address shared challenges such as climate change and to protect international agreements such as the Iran Nuclear Deal.

Earlier on October 25, speaking at the Children's News Conference, British Prime Minister Boris Johnson voiced fear that the COP26 climate conference in Glasgow may fail to get the necessary agreements to address climate change, conceding that it is "touch and go," but insisting that he believes it is possible. The British Prime Minister stated that the UK has decreased CO2 and coal emissions significantly and that he believes the COP26 goals can be realised. He went on to remark that the world needs as many people as possible to reach net-zero carbon neutrality by the middle of the century. He recognised that there was a lot of "peer pressure" during the summit, with countries following in the footsteps of friends and neighbours, but he believes "we'll get the breakthrough that we need."