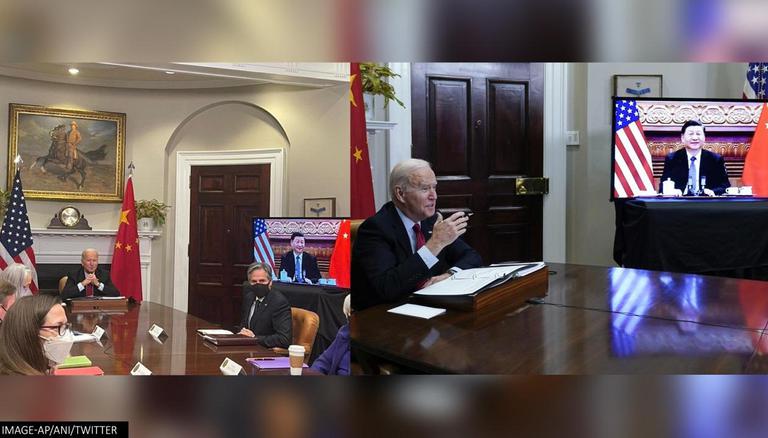 
The highly-anticipated virtual summit between US President Joe Biden and his Chinese counterpart Xi Jinping concluded on Tuesday noon (Beijing time). During the video conference meeting, which lasted more than three and a half hours, both the leaders exchanged views on bilateral relations and issues of common interest, Chinese state media Global Times reported. It is to mention that the summit came as tensions rise between the two countries on issues like Taiwan, trade and human rights.

During the talks, Biden said that both the nations had a responsibility to ensure their rivalry did not “veer into open conflict”. The US will always insist on its values, the rules are universal and countries must follow them, Biden said. The US President also stressed the need to collaborate especially on vital global issues like climate change. Biden said at the virtual meeting with Chinese President Jinping that the US adheres to the "one China" policy and does not support "Taiwan’s independence", China Central Television (CCTV) reported.

“We have a responsibility to the world, as well as to our people. --I have talked about this -- all countries have to play by the same rules of the road, why the US is always going to stand up for our interests and values and those of our allies and partners," the White House press pool quoted Biden as saying.

Chinese President Xi Jinping, on the other hand, expressed his readiness to work with his American counterpart to build consensus to move Beijing-Washington relations forward. Jinping said that both the nations are at critical stages of development and the “global village” of humanity faces multiple challenges. He said that the two countries needed to "improve communication” and face challenges "together".

Global Times reported that Jinping also said that healthy China-US relations were needed in order to face global challenges like climate change and COVID-19. He stressed that a sound and steady China-US relationship is required for advancing the two countries’ respective development and for safeguarding a peaceful and stable international environment. In his opening remarks, Jinping stated, “Although we can’t see each other face to face, this is not bad, either. I feel very happy to see my old friend.”

Meanwhile, it is to mention that the Summit lasted for over three hours. Biden was flanked by his Secretary of State Antony Blinken, national security advisor Jake Sullivan, treasury secretary Janet Yellen, Kurt Cambell, his Indo-Pacific coordinator, Laura Rosenberger and Jon Czin, senior director for China. Jinping, on the other hand, appeared alone on screen for the introductory remarks, but he was later joined by Ding Xuexiang, the general secretary of the Communist party, vice-premier Liu He, the party’s foreign affairs chief, Yang Jiechi, Wang Yi the foreign minister and his deputy, Xie Feng.