Joe Biden's UN Ambassador nominee Linda Thomas-Greenfield remarked that India's bid for the permanent membership of the UNSC was a 'matter of discussion'. 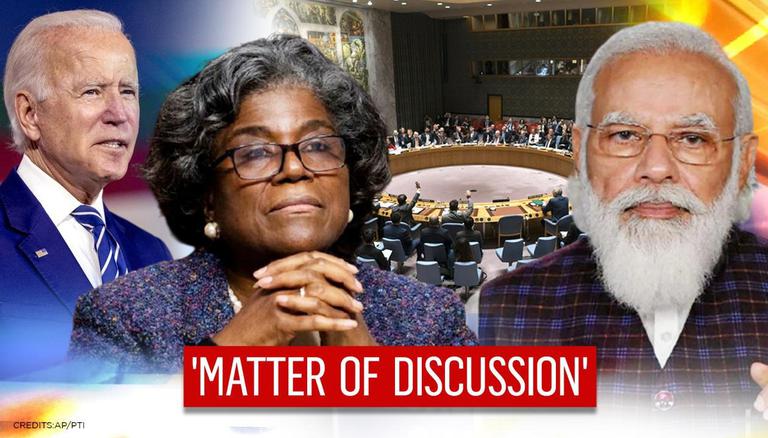 During her confirmation hearing before the Senate Foreign Relations Committee, Oregon's Senator Jeff Merkley asked Thomas-Greenfield whether India, Germany, Japan, should be permanent members of the UNSC. In her response, Thomas-Greenfield opined that the subject is a matter of discussion with strong arguments. She also spoke about Coffee Club countries' opposition to India's permanent bid.

“I think there has been some discussions about them being members of the Security Council and there are some strong arguments for that,” she said.

READ: US Assures 'two-state Solution' To Israel-Palestine Conflict At UNSC

In a reference to the Coffee Club's consensus on member countries, Thomas-Greenfield stated that disagreements by those countries are under 'discussion' too. Countries like Italy, Pakistan, Mexico and Egypt have opposed the permanent membership bid of India, Japan, Germany and Brazil. However, contrary to Thomas-Greenfield's statement, Joe Biden in his campaign policy had declared support for India's permanent bid to the UNSC.

'Two closest nations in the world will be India and the United States': Joe Biden in 2006

In an interview to India Abroad newspaper in 2006, Biden had promised to strengthen ties with India. A policy paper that was released by the Biden Campaign during the US election gave an insight into his methods to achieve the target.

"In 2006, Biden announced his vision for the future of US-India relations: "My dream is that in 2020, the two closest nations in the world will be India and the United States." He has also worked to make that vision a reality, including leading the charge in Congress, working with Democrats and Republicans, to approve the US-India Civil Nuclear Agreement in 2008," it said.

"No common global challenge can be solved without India and the US working as responsible partners. Together, we will continue strengthening India's defense and capabilities as a counter-terrorism partner, improving health systems and pandemic response, and deepening cooperation in areas such as higher education, space exploration, and humanitarian relief," it said.