Top US Official To Visit Haiti, Panama To Initiate Talks On Migration: US State Department

US State Under Secretary for Civilian Security, Democracy and Human Rights Uzra Zeya will travel to Haiti and Panama from October 12 to October 17 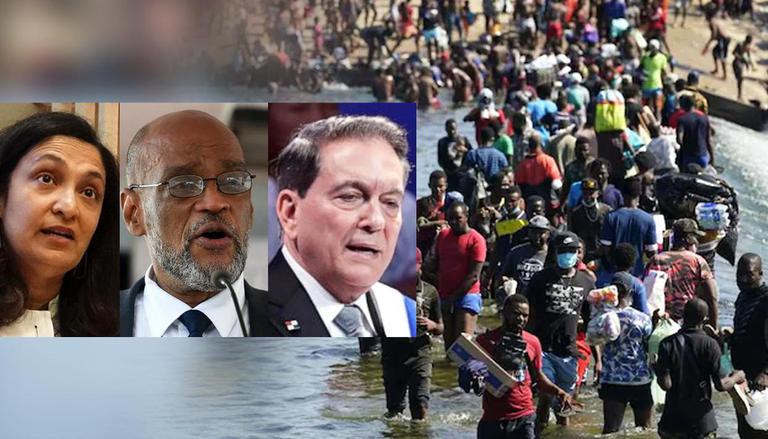 
A top US official will be visiting Haiti and Panama for talks on migration, the US Department of State informed in a statement. US State Under Secretary for Civilian Security, Democracy and Human Rights Uzra Zeya will travel to Haiti and Panama from October 12-17 to initiate discussions about the migrant situation amid internal conflicts. The US Department of State informed that Zeya is scheduled to meet with Haitian Prime Minister Ariel Henry and Minister of Justice Liszt Quitel to address issues of internal conflicts in Haiti and matters concerning large scale migrations to the US.

Aiming to boost opportunities for free and fair elections in Haiti, Under Secretary Zeya will pipe up talks about how the nation can provide better security for all its citizens. The diplomats will also address issues concerning support for returned Haitian migrants. Following this, Zeya is expected to discuss the investigation into ex-Haitian President Jovonel Moise's assassination and the three prominent massacres - Bel-Air, La Saline, and Grand Ravine- that pushed the nation into a deepening humanitarian crisis.

To express gratitude for the unvetted humanitarian assistance and earthquake recovery efforts in Haiti, Zeya will also meet Chiefs of the International Organisation for Migration (IOM) and UNICEF in the same period. As per a US State Department press release, these meetings will advance partnerships that are addressing the root causes of migration in Haiti and support Haitian-led efforts towards restoration of democratic institutions.

On October 14, US State Under-Secretary will engage in a "high-level" Security Dialogue with the Panama government and President Cortizo. The discussions will advance for talks about the collaboration between Panama to jointly address issues about regional migration challenges, strategic measures to curb money laundering and drug trafficking, the press release mentioned. Lastly, while in Panama, Zeya will travel to Darien to meet civil societies and non-governmental organisations to further learn and collaborate on migration management and international protection.

US ex-President Donald Trump, without any solid proof, said that Haitian migrants who are seeking asylum in America are “probably” inflicted with AIDS. “We have hundreds of thousands of people flowing in from Haiti. Haiti has a tremendous AIDS problem. AIDS is a step beyond. AIDS is a real problem,” Trump said during a telephonic interview with Fox News. He also added that dozens of countries are “emptying out their prison” by purposely sending out their “roughest prisoners” to the US.