United States President Joe Biden has officially authorised the expansion of the refugee admissions cap to 125,000 from the previous 62,500 from 2022 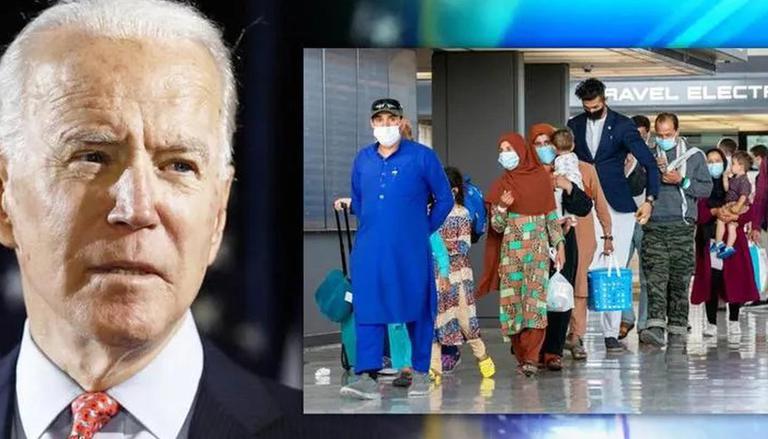 
As a part of a robust refugee resettlement program, United States President Joe Biden has officially authorised the expansion of the refugee admissions cap to 1,25,000 (which was earlier 62,500) from the upcoming fiscal year 2022. The announcement came after Biden sent a memo to the US Secretary of State Antony Blinken on Friday. The declaration was driven by "humanitarian concerns" that reaffirms Biden's promises made during the election campaign, which sought to denounce Trump's limitations.

"By the authority vested in me as President by the Constitution and the law of the United States... And after appropriate consultations with Congress, I hereby make the following determinations and authorise the following actions: the missions of up to 125,000 refugees to the United States during the fiscal year 2022 are justified by humanitarian concerns or is otherwise the national interest," Biden said on Friday.

.@POTUS has made official the U.S. commitment to resettle up to 125k refugees, demonstrating that the United States will continue to lead in providing refuge to those fleeing persecution so they can start new lives in safety.

The US President in his memo to Blinken set five regional caps to resettle immigrants and refugees from conflict hotspots. As per a Sputnik report, the authorisation allocates 40,000 refugees from Africa, 15,000 from East Asia, 10,000 from Europe and Central Asia, 15,000 from Latin America and the Caribbean, and 35,000 from the Near East and South Asia. Another 10,000 spots have been left unallocated, to be used should the need arise. President Biden asserted in his statement that the US State Department may, on notifying the Judicial Committee of the Congress, shift unused admissions from one region to another if needed.

The US plans to resettle over 40,000 Afghans

The revised refugee admission plan will also set a course for the 40,000 Afghan asylum seekers who fled the country after the Taliban seized control of Kabul. However, it is still unclear as to how many will be formally admitted under the system. It is noteworthy that under the expanded refugee intake program expected to meet the "needs generated by humanitarian crises around the globe," only 7,637 were admitted to the US, the Refugee Processing Center told CNN.