Trump Returns To Golf Course Amid COVID-19 Crisis, Projects A Sense Of Normalcy

As Donald Trump continues to push for normalcy amid coronavirus outbreak, he played golf on May 23 for the first time since the COVID-19 crisis began.

As US President Donald Trump continues to push for normalcy amid Coronavirus outbreak, he was seen golfing on May 23 for the first time since the COVID-19 pandemic was declared an emergency at least 60 days ago which was followed by a nationwide lockdown to curb the spread of the virus. Since then, the lives of Americans came to a standstill and the day-to-day life was overpowered with the fears of contracting the novel virus. However, Trump’s visit to Trump National Golf Club was his latest move to showcase that it was time to reopen the ‘great country’. 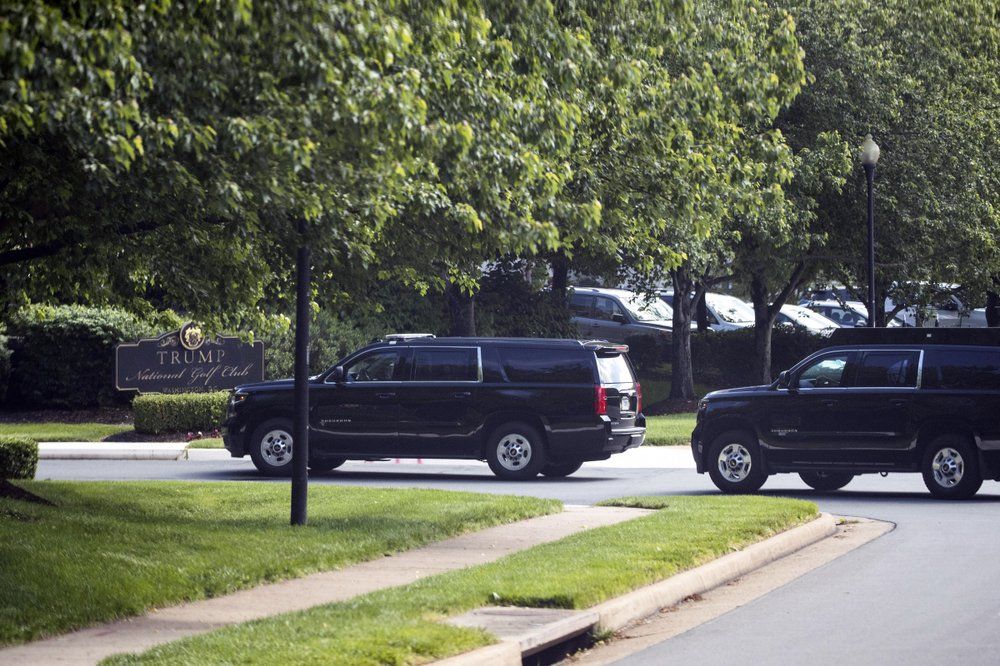 Reportedly, Trump arrived at the golf club in Northern Virginia wearing a white baseball cap and polo shirt while the US reamined indoors under stay-at-home orders. He was not seen covering his face. Trump's trip came a day after the White House coronavirus coordinator Dr Deborah Birx said that that Americans could "potentially" play golf if they are "very careful" and "don't touch the flags".

Earlier, the US President had called for churches to resume services even though the death toll on America due to coronavirus has continued to increase. According to Johns Hopkins University tally, US has topped the world infections of the novel virus and has recorded over 1.6 million COVID-19 cases with 96,875 deaths. Meanwhile, according to reports, Trump has even planned multiple visits for the Memorial Day including Arlington National Cemetery and the Fort McHenry national monument in Baltimore.

This would be followed by a trip to Florida on May 27 where the US President would watch the launch of Demo-2 mission involving SpaceX and NASA. However, despite the caution of many health professionals that the US President’s hopes of reopening the country might be ‘too soon’, he was spotted in a white polo shirt, white cap, and dark slacks at his private golf club in Virginia.

Even though White House has not yet made any comment on Trump’s recent ‘recreational’ visit amid crisis, it noted that he and Turkish President Tayyip Erdogan held telephonic talks where they also discussed the impact of COVID-19 pandemic on the global economy and the need to reopen the countries.