US: 18 Congressmen Support Bill Calling For End Of One-China Policy & To Support Taiwan

Around 18 US Congressmen voted in favour of the bill of reversing its "one-China" policy and re-establishing diplomatic relations with Taiwan. 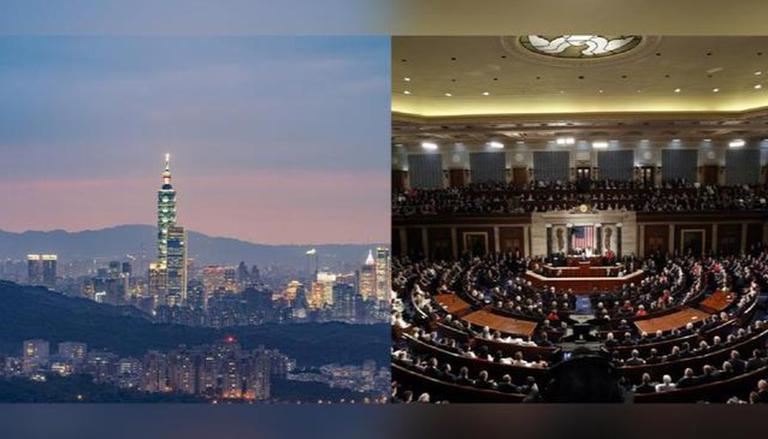 
Around 18 US Congressmen voted in favour of the bill of reversing its one-China policy and re-establishing diplomatic relations with Taiwan. As per the reports of Taiwan News, the bill which was proposed by Congressmen Tom Tiffany and Scott Perry called on the United States to renounce its one-China policy, and resume formal relations with Taiwan, and initiate negotiations on a US-Taiwan free trade deal. However, everyone who voted in favour is Republican.

Tom Tiffany's spokeswoman stated that this demonstrates increasing support on Capitol Hill for a shift in US-Taiwan relations. The spokesperson also stated that Tiffany has been reaching out to members directly to gather support for the resolution. Tiffany announced that all of the backers of the bill are now Republicans, but that the congressman is reaching out to Democrats in the hopes of making the campaign bipartisan next year, according to Taiwan News.

Tiffany stated in a tweet on December 3 that the one-China policy is dishonest and out of date. He further stated that it is time for the United States to set an example and recognise Taiwan as a free and independent nation. He went on to say that the US does not need permission from China to have regular relations with their friends and allies.

Tiffany stated that it is time for the United States to set a good example by recognising Taiwan as a free and independent nation, according to ANI. The one-China policy holds that there is only one sovereign state known as China. China has claimed the sovereignty of Taiwan and denounced the United States for making relations with the island country which they believe is a part of their country, and they continue to conduct military incursions into Taiwan.

READ | As tension rises with China, Taiwan speeds up construction of indigenous Submarine

US Secretary of Commerce speaks to Taiwan Minister of Economic Affairs

As the US is trying to deepen their relationship with Taiwan, US Secretary of Commerce Gina Raimondo and Taiwan Minister of Economic Affairs Wang Mei-hua discussed in a phone conversation about the commercial problems of mutual concern. Raimondo also indicated that by working together, they can improve critical supply chains, create good-paying jobs, and strengthen the overall economic collaboration.