US State Department spokesperson Ned Price on Sunday urged Beijing to "cease its military, diplomatic, and economic pressure and coercion against Taiwan." 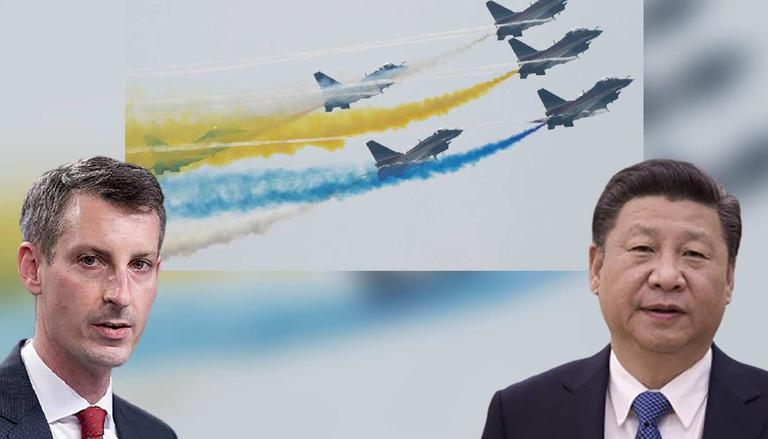 
Expressing concerns over the escalated Chinese incursions into Taiwan's air defence territory, the United States has slammed Beijing for its 'destabilising' and 'provocative' behaviour. State Department spokesperson Ned Price on Sunday urged Beijing to "cease its military, diplomatic, and economic pressure and coercion against Taiwan," adding that the US has an "abiding interest" in peace and stability across the Strait.

Underlining the US's stance on the commitments as outlined in the Three Communiques, The Taiwan Relations, and the Six Assurances, Price added, "The U.S. commitment to Taiwan is rock solid and contributes to the maintenance of peace and stability across the Taiwan Strait and within the region. We will continue to stand with friends and allies to advance our shared prosperity, security, and values and deepen our ties with democratic Taiwan."

The U.S. urges Beijing to cease its destabilizing behavior across the Taiwan Strait. https://t.co/oo7EQFT4i7

The US State Department spokesperson's comments came at the heels of a new record of Chinese infringement in Taiwanese Air Defence Space, i.e near the Taiwan-controlled Pratas Islands. According to Taiwan's claim, at least 39 planes, including nuclear-capable H-6 bomber, 18 J-16 and four Su-30 fighters and an anti-submarine aircraft, were intercepted in close proximity to the self-ruled nation on Saturday while Beijing marked its National Day, Kyodo News reported citing Defence Ministry.

Claiming to be one of the biggest intended infringements by the People's Liberation Army (PLA), Taiwanese Premier Su Tseng-chang told reporters on Saturday that China has been "bellicose" and "damaging regional peace engaging in many bullying acts," Al Jazeera reported. Until Saturday, the largest air space infringements by the PLA were recorded in June with 28 airplanes spotted near Taiwan. The current developments from the Chinese Front also came after Taiwan allowed a British warship to cross the Strait as a part of the "freedom of navigation" exercise. However, the move was criticised by Beijing accusing Britain of acting out of “evil intentions to sabotage peace and stability in the Taiwan Strait”.

READ | Khan: US 'sooner or later' must recognise Taliban