US Navy CNO Michael M Gilday Admiral is scheduled to travel to India next week and is expected to meet several senior leaders from Indian Navy and government. 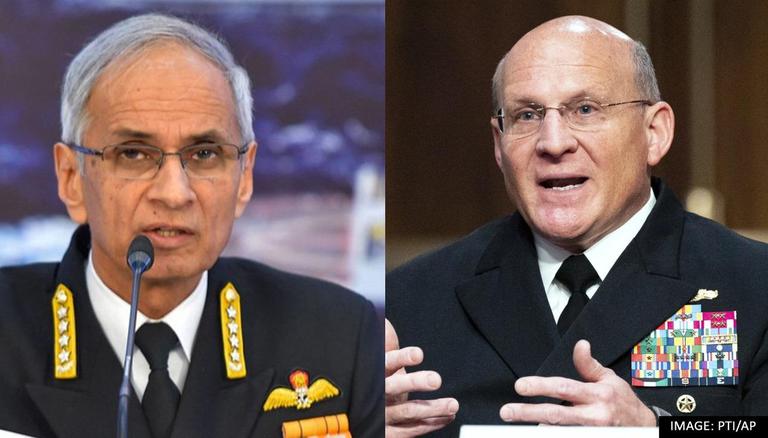 
US Chief of Naval Operations (CNO) Michael M Gilday Admiral is scheduled to travel to India next week and is expected to meet Chief of Naval Staff Admiral Karambir Singh as well as other senior leaders from the Indian Navy and government. According to ANI, Gilday is visiting India to reaffirm the growing level of naval cooperation between the two countries. He called India one of the US’ “closest strategic partners” and added that the upcoming visit will be a “great opportunity” for him to meet his Indian counterparts.

Gilday said, “Make no mistake, India is one of our closest strategic partners, and our relationship is a stronghold of a free and open Indo-Pacific.”

He added, “This visit is a great opportunity for me to meet with my counterpart in India and discuss areas for continued mutual cooperation. No doubt, there are many areas where we can partner and collaborate.”

Further, Gilday said that he is “grateful” for the India-US navies’ continued cooperation in the Indo-Pacific to create an inclusive, free and open rules-based order. “And by continuing to work closely with the Indian Navy, we will increase our interoperability for decades to come as well as maintain security, stability, and prosperity,” he added.

Gilday’s upcoming visit to India is a signal of the US Navy’s desire to maintain a free and open Indo-Pacific rather than operating in the region. His trip will additionally also underscore the growing strength of the US-India Defence partnership as the two nations work in concert with like-minded partners to promote shared goals. Notably, the US had designated India as a Major Defence Partner in 2016.

Meanwhile, the announcement of Gilday’s upcoming visit comes as US Deputy Secretary Wendy Sherman expressed her views on the importance of a “free, open, and inclusive” Indo-Pacific region. While addressing a special session of the India-Ideas Summit, Sherman, who was on a three-day visit to India, called on Foreign Secretary Shringla to review and discuss the ongoing collaborations under the India-US Comprehensive Global Strategic Partnership. She also reiterated their (US) commitment to take forward the development agendas set by the respective leaders, the MEA said in a press release.