US Navy SEALs filed a lawsuit against the Department of Defense, alleging that they were denied vaccination exemptions on religious grounds. 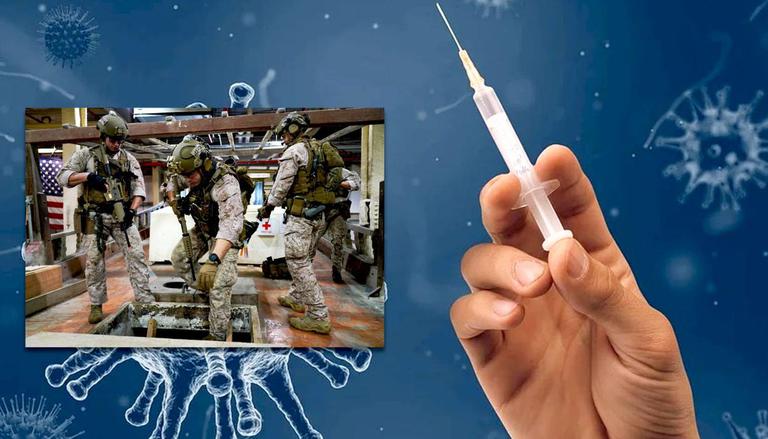 
On Tuesday, November 9, dozens of US Navy SEALs filed a lawsuit against the Department of Defense, alleging that they were denied vaccination exemptions on religious grounds, reported Fox News. They claimed that the military infringed on service members' First Amendment rights by pressuring them to take COVID-19 vaccines. The First Liberty Institute has sued the military on behalf of about 35 active-duty SEALs and three reservists, alleging that the military infringes their constitutional rights.

According to the lawsuit, a copy of which was received by Fox News, the SEALs represented are all members of various Christian faiths who oppose the vaccine mandate because of "their sincerely held religious views." The SEALs, specifically in their role as the military's most elite fighting force, believe that the "human body is God's temple." They meticulously monitor everything that they take into their bodies and are "obligated to avoid anything that adversely modifies or may modify their bodies' natural processes in a manner not designed by God," reported the outlet.

Meanwhile, some younger SEALs are particularly concerned about the vaccine's side effects, which include an increased risk of myocarditis, a potentially fatal condition seen in some young males who have been inoculated. The lawsuit focuses on the military's refusal to grant religious exemptions and how it violates the First Amendment and the Religious Freedom Restoration Act (RFRA). First Liberty also claims that its SEAL clients are being classified as "non-deployable" just because they have requested a religious accommodation.

The petition further argues that the Navy's threat of non-deployability unduly compels Plaintiffs to take COVID-19 vaccines that would violate their religious beliefs, infringing on SEALs' right to free exercise of religion under the Religious Freedom Restoration Act. According to First Liberty, despite stating reasons for the religious exemption, not a single plaintiff has had a religious accommodation request approved, and many have had their petitions rejected. Unlike religious requests, medical exemptions from the mandate have been granted to service personnel, reported the outlet. It is worth mentioning here that all US Navy servicemen, like those in other military branches, are required to be fully vaccinated by November 28. Meanwhile, the deadline for reserve service is December 28. As of now, it is estimated that 99.4% of the US Navy is vaccinated, according to Fox News.