The United States is concerned about the Chinese hypersonic missiles, President Joe Biden has said, days after a media report said that Beijing tested missiles. 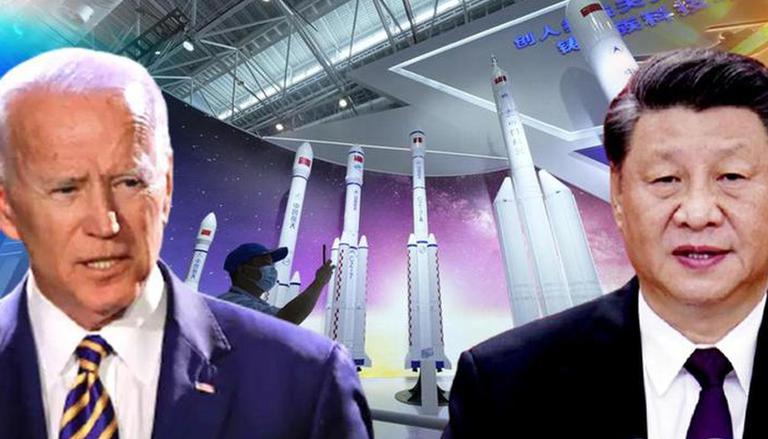 
The United States is concerned about the Chinese hypersonic missiles, President Joe Biden has said, days after a media report said that Beijing tested the high-tech projectiles back in August catching US intelligence by surprise. On Thursday, Biden was questioned about Beijing’s recent move at a White House media briefing. Notably, in August, China tested a nuclear-capable hypersonic missile that circled the earth before hitting its target.

While Washington and Beijing have been geopolitical rivals for decades, threats of a nuclear attack have been rare. However, on Thursday, the American President publicly expressed his increased “concern” about Chinese missiles. Notably, the missiles are inter-continental and target a country from any direction.

Asked by reporters  whether he was concerned about Chinese hypersonic missiles, Biden said, "Yes."

Why is America threatened?

Hypersonic missiles fly at a speed that is five times that of sound, that is Mach 5, according to the US Defence Department. In addition, they are also highly manoeuvrable and operate at various altitudes. With the given features, China could easily use the projectiles to target American territory from an unexpected territory, such as Antarctica, as per a report by Radio Free Asia. It is pertinent to note that US’ anti-missile defences are all pointed towards North Pole, which is the standard ballistic missile route.

China asks US to 'broaden horizons'

Meanwhile, Beijing's mouthpiece Global Times in its editorial neither rebuffed the claim nor cleared the exact position of China's recent launch. In its editorial, the Chinese stooge suggested the United States stop eyeing too much on China’s hypersonic missiles and asked to "broaden their horizons". Notably, the comments in the editorial section came in response to a Financial Times report which claimed that China had launched a nuclear-capable missile in August that travelled across the Earth at low orbit before narrowly missing its target. Citing multiple sources, the report claimed that the hypersonic missile was carried by a Long March rocket.

"The US generally has the ability to monitor global missile launches. If the FT report is to be believed, it means that there is a key new member in China's nuclear deterrence system, which is a new blow to the US' mentality of strategic superiority over China," Global Times said in its editorial published on 17 October. "The FT also reported that China has tested a new space capability with a hypersonic missile, citing sources. But if Chinese authorities do not voluntarily release such top defence secrets, others can only speculate based on technical monitoring methods," added the Chinese mouthpiece.

READ | China refutes EU report on ties with Taiwan, asks to stop its 'words and deeds'

WE RECOMMEND
US based largest candy corn factory hit by ransomware attack ahead of Halloween
Antony Blinken says Biden govt 'not pressurising countries to choose between US and China'
Ambassador pick emphasizes US strengths in countering China
China furious over top US diplomat's criticism of Beijing's hardline policies in Xinjiang
US 'successfully' distributes 200mn COVID vaccines to over 100 countries: The White House