Condemning Trump’s deal that could weaken military hold of Israel and spark an arms race, a bipartisan group of senators passed a measure to halt the sale.

At least three US senators on November 18 attempted to block the Trump administration’s $23 billion deal in arms to UAE, including the advanced fighter aircraft F-35. As has been notified to Congress, the deal, if sealed, will make UAE the first Arab country to possess US’ stealthy F-35 warplanes. To date, Israel is the only nation to have military superiority in its region due to possession F 35, and Israeli Prime Minister Benjamin Netanyahu had earlier objected to the US-UAE deal, Israeli intelligence minister Eli Cohen informed the state-run press. With days numbered in the office, US President Trump is prepared to sell Reaper drones, air-to-air missiles, and other weapons systems to the UAE.

Condemning Trump’s deal that could weaken the military hold of Israel in the Gulf region and spark an arms race, a bipartisan group of senators passed a measure to halt the weapons' sale. Sen. Robert Menendez of New Jersey, the top Democrat on the Senate Foreign Relations Committee, and Sens. Chris Murphy (D-Conn.) and Rand Paul (R-Ky.), in charge of a noninterventionist foreign policy introduced four joint resolutions of disapproval weeks after the US State Department was notified about Trump administration’s plans of selling munitions in the Gulf nation.

“The UAE is our ally, but there is no escaping that the Emiratis have a history of transferring U.S. arms to extremist militias, and have violated international law in Libya and Yemen,” Senator Murphy said.

Meanwhile, in a statement, Menendez said that he had attempted to warn the Trump administration that circumventing deliberative processes for considering a massive infusion of weapons to a country in a volatile region with multiple ongoing conflicts is “downright irresponsible.” The senators also charged that the standard protocol for arms sales to foreign nations required a congressional review period, adding, that the Trump administration had dodged the reasoning about how “national security risks inherent in the proposed sale” will be dealt with in the region, according to sources of politico. 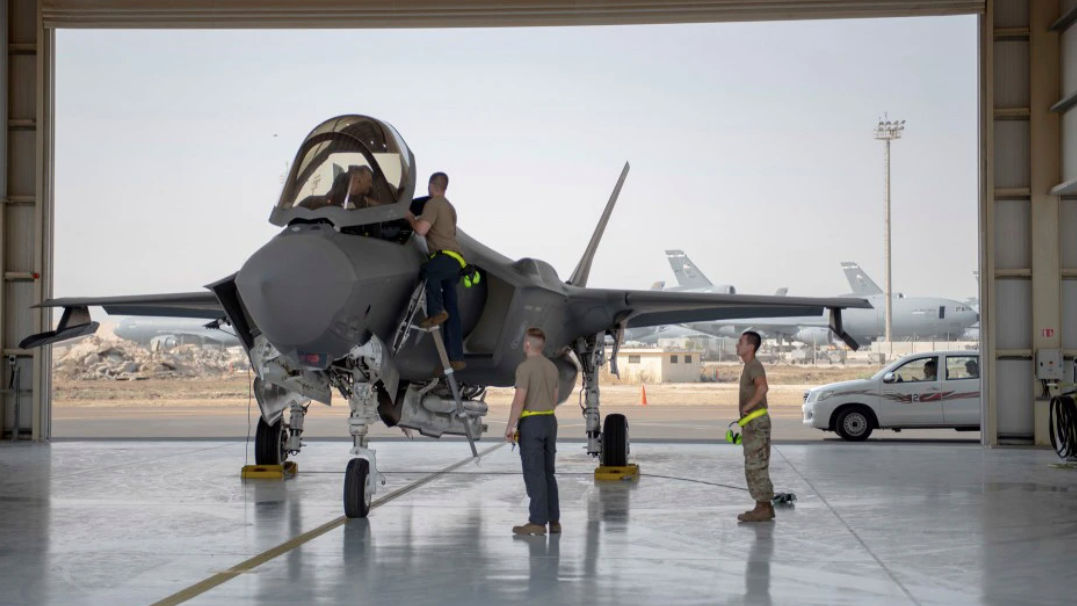 [An F-35 fighter jet pilot and crew prepare for a mission at Al-Dhafra Air Base in the UAE. Photo: Staff Sgt. Chris Thornbury/U.S. Air Force/AP]

30-day period to block the deal

Trump’s deal includes 50 F-35s worth $10.4 billion, up to 18 MQ-9B drones worth $2.97 billion, and a package of air-to-air and air-to-ground munitions worth $10 billion. Meanwhile, Congress has a 30-day period to block the deal with resolutions such as the one passed under the laws that govern arms sales to foreign countries. Post 10 days of introducing the resolutions, the senators can vote to decline to deal. Currently, 3 of the total 8 vetos of the US president Trump are against many such resolutions that seek to stall the sale of weaponry to foreign nations.

US Lawmakers stress the US’ commitment to safeguarding Israel’s military interest as inscribed in the 2008 law as a driver to stop the arms sale. Despite the US-brokered Abraham Accords signed at White House ceremony to normalize ties between Israel and the UAE, Israeli PM Netanyahu expressed objection to US’ sale of munition and weaponry to the Arab Gulf nation, saying, Israel’s security and military superiority in the region was of utmost significance, sources of a state-run Israeli daily, Yediot Ahronot revealed.

WE RECOMMEND
1 week ago
'Completely wrong': US says Tibetan Buddhists pick next Dalai Lama, China has 'no right'
1 week ago
US shows off its star-studded Expo 2020 pavillion in Dubai
1 week ago
US: North Carolina elections director blocks mom's ballot after her death
1 week ago
UAE suspends issuance of new visas to Pakistan among 11 other countries; Pak replies
1 week ago
US Judge orders Trump administration to stop expelling children crossing Mexico border