US VP Rakes Up Issue Of Pak-backed Terrorism In White House; What It Means For India

In a big embarrassment for Imran Khan, US Vice President Kamala Harris acknowledged Pakistan's sinister role in assisting and aiding the terror groups. 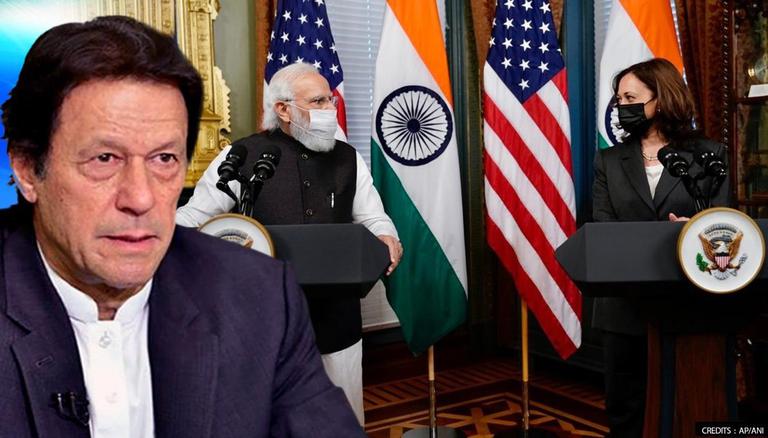 
Prime Minister Narendra Modi met United States Vice-President Kamala Harris on Thursday. During their meeting, both leaders discussed an array of issues and topics, including Pakistan-backed terror groups. In a big embarrassment for Pakistan, Harris acknowledged its sinister role in assisting and aiding the terror groups. Therefore, the US Vice President has asked Pakistan to take action against terror groups operating on Pakistan's soil.

India's Foreign Secretary Harsh Vardhan Shringla informed that the meeting between PM Modi and US VP Harris were substantive and lasted for an hour. He added that when the issue of terrorism came up, Kamala Harris referred to Pakistan's role in that regard.

"She said that there were terror groups that were working there. She asked Pakistan to take action so that these groups do not impact US security and that of India. She agreed with the Prime Minister's briefing on the fact of cross-border terrorism and the fact that India had been a victim of terrorism for several decades now and also the need to reign in and closely monitor Pakistan's support for such terrorism," he added.

US VP Harris rakes up Pakistan's state-sponsored terrorism; What it means for India?

Harris' acknowledgement of Pakistan's nefarious role in backing terrorist groups comes at a critical juncture as PM Modi during his visit is expected to deliver his address at the United Nations General Assembly. Apart from several other looming issues, PM Modi will also raise the issue of terrorism and the need to combat it. Therefore, Harris' statement on Pakistan reaffirms India-US commitment to counter-terrorism and extremism. Speaking about Pakistan's role in terrorism, Harris categorically stated that the former should initiate action so that terror groups do not impact the security of the US and India.

In addition, the United States has hit out at Pakistan on many occasions with the most recent one being related to the crisis in Afghanistan. As the United States left Afghanistan after two decades, it also blamed Pakistan for playing a role in Afghanistan. Even US lawmakers on multiple occasions have brought up Pakistan's role in terrorism. New Jersey Democrat Bob Menendez and Idaho Republican James Risch had hit out at Pakistan. This indicates that the US is calling for action against terror groups based in Pakistan. The development surrounding this issue further cement India's stand against Pakistan and its role in aiding terror groups.