AAP chief Arvind Kejriwal's friend once and an opponent now, Kapil Mishra is all set to face the ruling party in the upcoming Delhi Assembly Elections as he will contest from Model Town constituency on BJP ticket. The ruling party in the State, however, raised its objection against Mishra's candidature as they called upon the Chief Election Officer to cancel his candidature. The Aam Aadmi Party on Wednesday wrote to CEC Sunil Arora, alleging that Kapil Mishra has violated poll-bound guidelines issued by the Election Commission.

In the letter to the CEC signed by AAP National Secretary Pankaj Gupta, the party cited that Kapil Mishra has been in possession of a government accommodation in the last 10 years and the guidelines issued by the Election Commission state that it is mandatory for a candidate to furnish a No-Dues Certificate pertaining to electricity, Water and Telephone Expenses for such an accommodation at the time of filing nominations. The AAP alleged that Mishra had violated the guidelines by not submitting the No-Dues Certificate. It also alleged that the Returning Officer had refused to furnish the certified copy of the file of Kapil Mishra when asked. 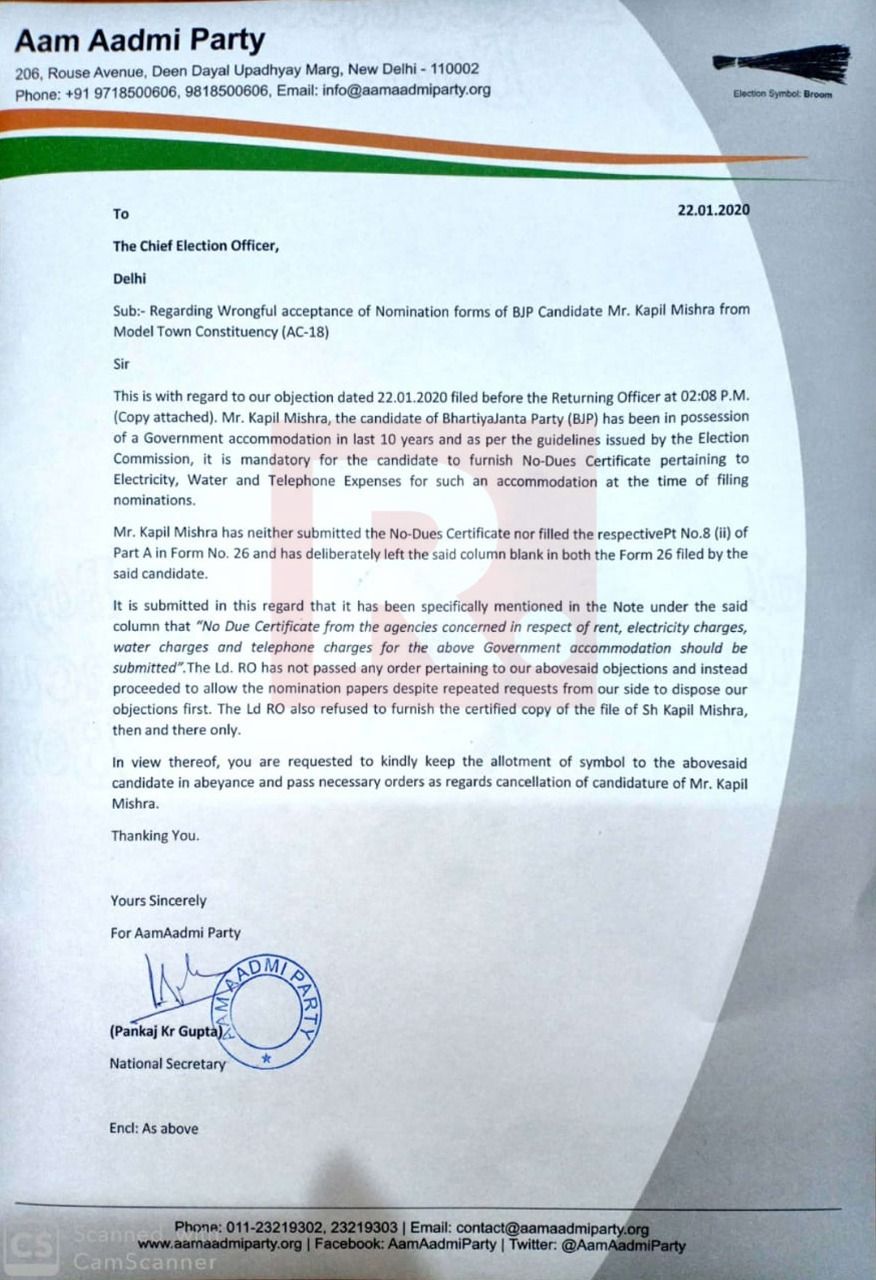 BJP, Cong fail to answer AAP's question of 'Kejriwal vs Who?'

Opposition parties have so far failed to name their Chief Ministerial face against AAP's Arvind Kejriwal. While the Congress has fielded no candidate to compete against Kejriwal in New Delhi, BJP fielded Sunil Yadav to face the incumbent CM in his constituency after the party released its final list of candidates on Tuesday.

The Election Commission of India had earlier announced that Delhi would go to the polls on February 8. The results will be declared on February 11. In the previous election, AAP had won a resounding majority bagging 67 out of 70 seats as against BJP who could win only from three constituencies. So far, BJP has not named its Chief Ministerial candidate.

The Political Affairs Committee of the AAP approved all the 70 candidates for the upcoming Delhi assembly election. 46 sitting MLAs have been nominated by the party. On the other hand, 15 new candidates have been given tickets. The list features all the sitting ministers and also includes candidates such as Atishi and Raghav Chadha.

READ | Congress To Unleash Navjot Sidhu To Take On Kejriwal & BJP In Delhi; Campaigners List Out