As AAP is set to win a second term in Delhi, Prashant Kishor and Arvind Kejriwal embraces the win

Soon after poll strategist Prashant Kishor has thanked the people of Delhi, as the Aam Aadmi Party (AAP) is set to win the as per trends (leading 55 seats), Republic accessed his first picture with Arvind Kejriwal. Taking to Twitter, he said that the people of Delhi have saved the soul of India. Notably, this is Kishor's first response after he was expelled from JDU by Bihar CM Nitish Kumar and he challenged him to get back the chief ministerial post. A response from Kejriwal is still awaited. 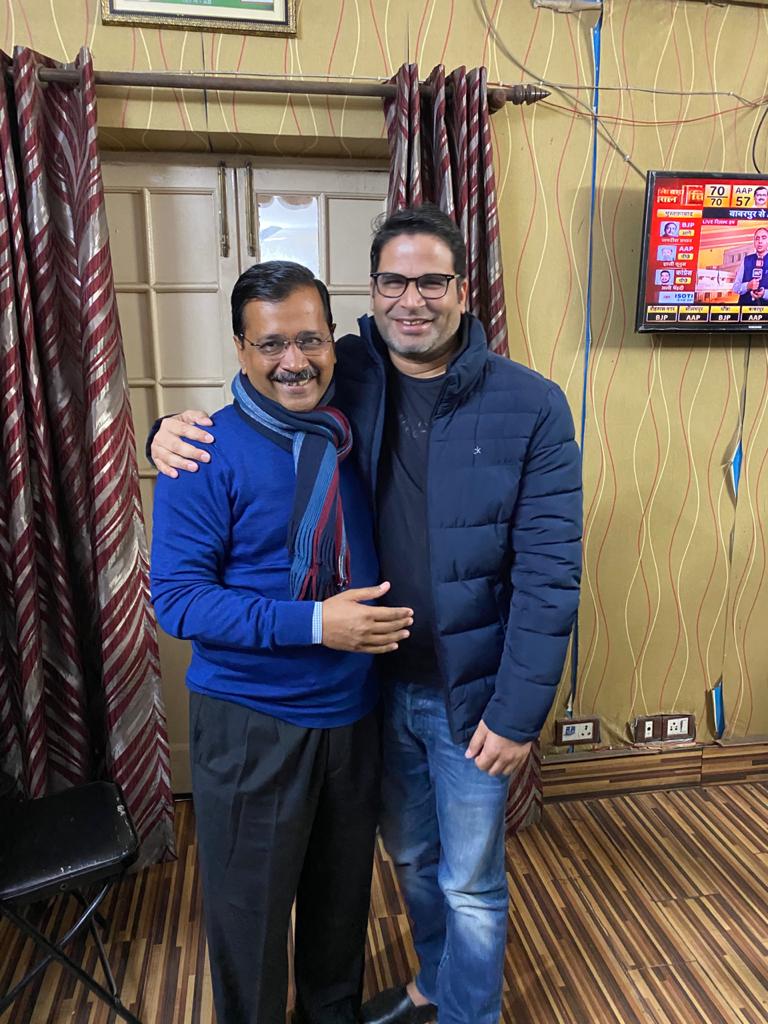 Just ahead of the polls, Kishor was in roped in by the Aam Aadmi Party. During the election campaign, Kishor had urged the people of Delhi to vote with love in order to save the harmony and brotherhood in the nation. This was in a response to former BJP chief and Home Minister Amit Shah who had urged the voters in Delhi to press the EVM in a way that its current is felt in Shaheen Bagh. Meanwhile, Kishor's team IPAC was roped in by Stalin-led DMK for the Tamil Nadu polls. Interestingly, Kishor also designed the poll campaign for PM Modi in 2014.

Nearly 24 hours after the polling ended in Delhi, the Election Commission on Sunday announced that the final voter turnout was 62.59 percent, five percent less than 2015, and asserted that it followed the laid down process to compile data, after the AAP questioned the "delay" There were 13,780 polling booths where every vote was accounted for by the presiding officers, which is a time-consuming exercise, Sandeep Saxena, senior deputy election commissioner, said at a press conference on Sunday. Over 1.47 crore people were eligible to vote in the Delhi polls, including 2.33 lakh in the age group of 18-19. The AAP had routed rival parties in the last Assembly polls, bagging 67 seats while the BJP was reduced to mere three seats and the Congress had drawn a blank.