Delhi Mahila Congress chief Sharmistha Mukherjee sounded the bugle of rebellion within the Congress party by directly blaming the senior brass of the party for a disastrous show in the Delhi Assembly elections. Taking to Twitter, Mukherjee listed out what she thinks are the reasons for the party's second consecutive debacle. Congress hasn't even been leading on any seat it contested.

We r again decimated in Delhi.Enuf of introspection, time 4 action now. Inordinate delay in decision making at the top, lack of strategy & unity at state level, demotivated workers, no grassroots connect-all r factors.Being part of d system, I too take my share of responsibility

According to figures from the Election Commission of India showed AAP leading in 57 seats, followed by just BJP at 13. In terms of vote share, AAP has polled 53.3% while BJP has got 39% and Congress, 4.26%. 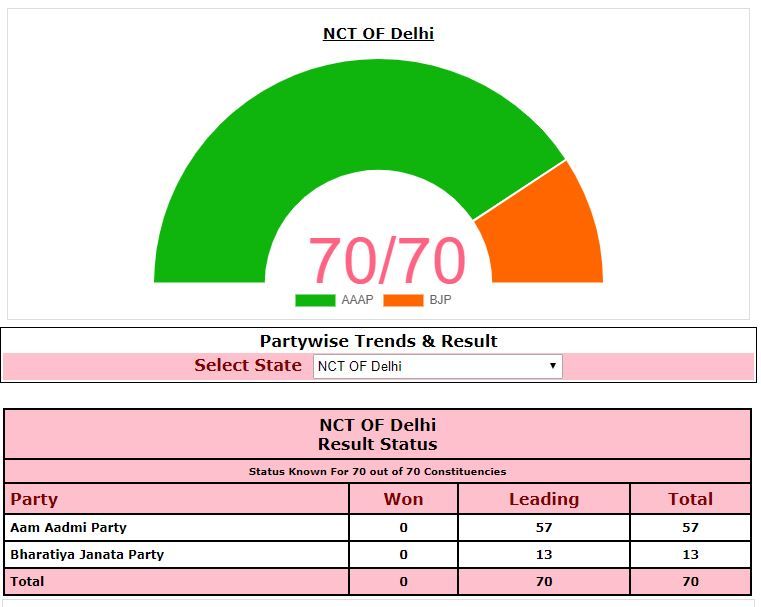 The counting procedure for the Delhi Assembly Elections 2020 has begun from 8 am on Tuesday morning. The votes were polled on February 8 in the national capital. On Sunday, Delhi's Chief Electoral Officer (CEO) Ranbir Singh said that 21 centres have been set up in the city for the counting of votes. The term of the current 70-seat Assembly, where AAP holds an absolute majority, will expire on February 22.