Taapsee Pannu took a break from her work and flew to the national capital — New Delhi — to cast her vote for Delhi Assembly Elections on February 8. See pic

As polling began in the national capital, Bollywood actor Taapsee Pannu along with her sister Shagun Pannu stepped out to cast their votes. Taapsee flew to her hometown — Delhi — on Friday with her mother and shared a selfie captioning: "A short break from work to make sure WE VOTE!", and on Saturday, the she shared a selfie with her entire family while she was on her way to vote. 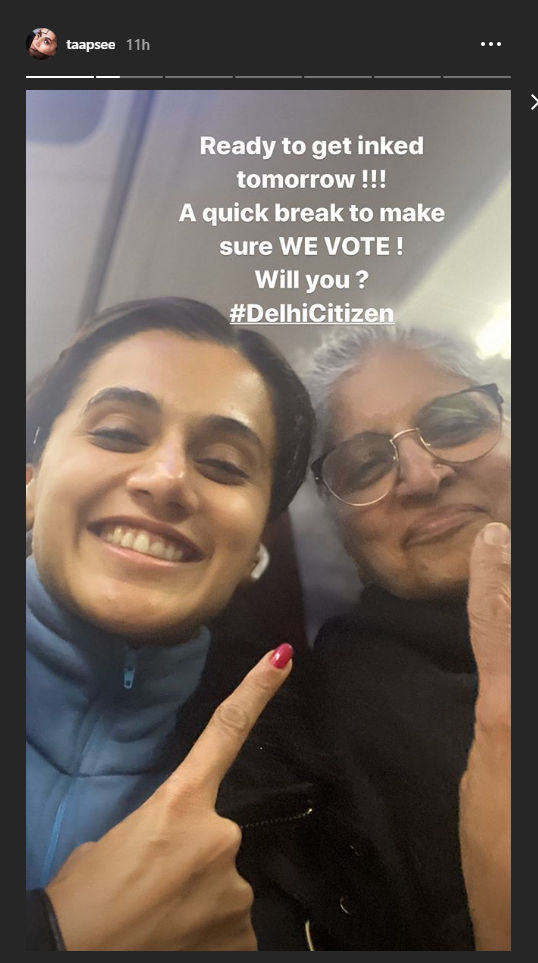 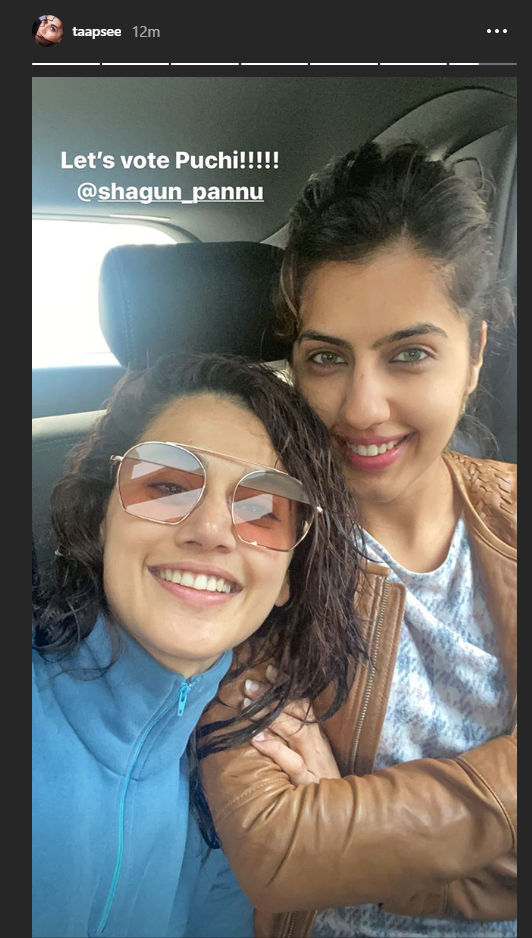 The national capital Delhi is voting on February 8 to elect a new government after witnessing a blistering campaign from all parties. While BJP is eyeing to form the government with its campaign around the alleged failures of CM Arvind Kejriwal, the ruling Aam Aadmi Party (AAP) is eyeing a comeback through by beating their own record of 67 in 2015, and is extolling its work from the past 5 years. The Congress is the third contender in the elections to be contested by 672 candidates in the fray for 70 Assembly seats. Over 1.47 crore voters are eligible to exercise their franchise. The results will be declared on February 11.

Delhi elections: Riteish Deshmukh has an important message for voters ahead of D-Day

In preparation for its 1.47 crore voters - 81.05 lakh male voters and 66.8 lakh female voters - the Election Commission of India (ECI) has set up 13,000 polling stations and deployed 90,000 officials to ensure smooth polling. The term of the current 70-seat Assembly, where AAP holds an absolute majority, will expire on February 22. The results of the elections will be declared on February 11.

Amid the nation-wide anti-CAA protests, which began from Assam and gained maximum traction in Delhi, the poll campaign by the three contending parties  - Congress, BJP and AAP - was intense with 672 candidates in the fray.

While AAP -which has launched mega-campaign roping in poll strategist Prashant Kishor's I-PAC for Arvind Kejriwal's re-election bid spoke on the achievements in the past five years, BJP took on AAP and Congress for fuelling the various protests against the amended Citizenship Act (CAA), alleging communal divide among voters.

BJP has accused the Congress and AAP of supporting the 'Tukde Tukde' gang. Several inflammatory remarks were made by BJP leaders - Yogi Adityanath, Anurag Thakur, Parvesh Verma which have been flagged by EC.

Delhi authorities seize 99,210 litres of liquor, huge cache of ammunition ahead of polling