Ahead of releasing its manifesto for the Delhi Assembly polls, AAP on Sunday has declared '10 guarantees of Kejriwal'. A poster listing the ten guarantees

Ahead of releasing its manifesto for the Delhi Assembly polls, AAP on Sunday has declared '10 guarantees of Kejriwal'. A poster listing the ten guarantees of the Chief Minister was spotted in Delhi. The list includes 24-hr electricity, water for all, good education, good medical facilities, cheap metro services, pollution-free Delhi, clean Delhi, women safety, facilities to all temporary colonies, slum rehabilitation. The party will release its manifesto within a week. 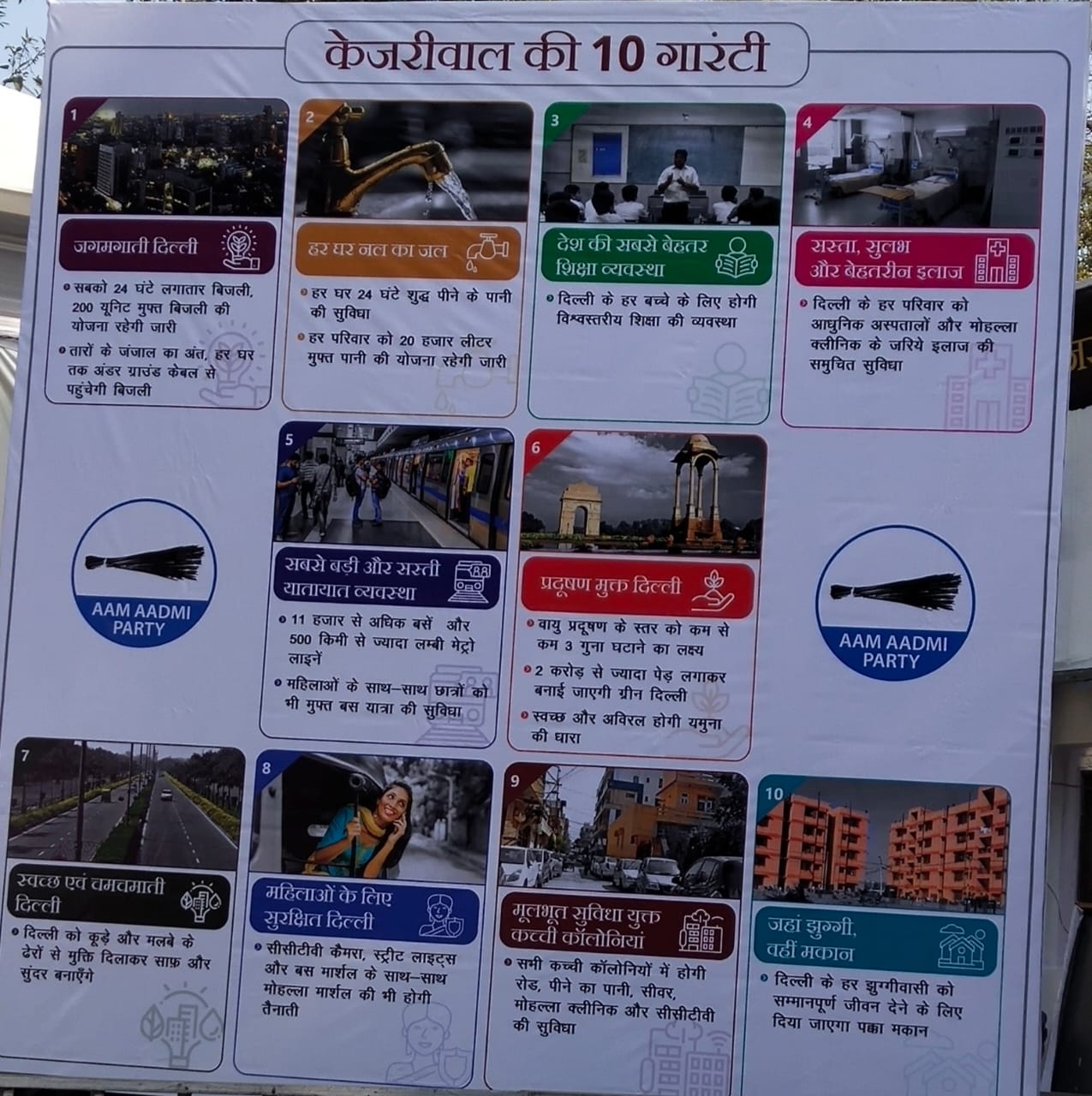 On Tuesday, the Political Affairs Committee of the AAP approved all the 70 candidates for the upcoming Delhi assembly election. 46 sitting MLAs have been nominated by the party. Delhi Chief Minister Arvind Kejriwal and Deputy CM Manish Sisodia will contest from New Delhi and Patparganj respectively. While the list mainly features mostly its own MLAs, it also features controversial MLA Amanatullah Khan, Satyendar Jain and newcomers Atishi Marlena and Raghav Chadha. Moreover, of the 15 dropped MLAs, 8 are reportedly in contact with BJP while the remaining 7 are in contact with Congress, as per sources.

The much-awaited Delhi elections are scheduled on February 8 with the results to be declared on February 11. While the BJP and Congress have not announced their CM pick, the AAP has launched mega-campaign roping in poll strategist Prashant Kishor's I-PAC for Arvind Kejriwal's re-election bid. The AAP which holds an absolute majority with 67 seats in the 70 seat Assembly aims at crossing the total with its motto "Abki Baar 67 paar".

Meanwhile, Congress, which is reeling from a leadership vacuum since the demise of Sheila Dikshit is eyeing a comeback at the national capital. BJP, which has not held the Delhi Assembly since 1998 is eyeing to rule at Centre and the national capital. While senior BJP leaders like Dr. Harsh Vardhan, Hardeep Singh Puri and Manoj Tiwari are front runners for the CM pick, the saffron party has not named anyone leading to AAP questioning ' Kejriwal v/s Who?'