As the Arvind Kejriwal led Aam Aadmi Party leads in 55 seats and the BJP leads only in 15 seats, a poster of 'Modi versus Kejriwal' floated outside AAP office

As the Arvind Kejriwal led Aam Aadmi Party leads in 55 seats and the BJP leads only in 15 seats, a poster of 'Modi versus Kejriwal' surfaced outside AAP office on Tuesday. An AAP follower was seen holding a poster pitching the name of Kejriwal against Prime Minister Narendra Modi for the general elections 2024. In 2014, Arvind Kejriwal unsuccessfully took on Narendra Modi, the then prime ministerial aspirant, in the Lok Sabha election from Varanasi.

This year, while Amit Shah had announced that the Delhi polls will be fought under the leadership of PM Modi without announcing their CM candidate, the ruling AAP fiercely raised "Kejriwal versus Who" as their campaign. For the BJP their campaign focussed on nationalism and Shaheen Bagh, while the AAP sought a comeback claiming their good work in the past five years.

In 2014, PM Modi won the Varanasi Lok Sabha seat by defeating Arvind Kejriwal by a massive margin of 3.37 lakh votes. Modi polled 5,16,593 votes -- about half of the total votes. Kejriwal whose party made a impressive entry into politics in 2013 hads agreed to fight against Modi after his party cadre asked him to do so. Kejriwal had then said that the country wants "a brave prime minister, not someone looking for a safe seat," after the PM decided to contest from both Varanasi and Vadodara. However, he faced a massive poll drubbing.

As per EC's official update, counting for 70 seats is done and the ruling Aam Aadmi Party is leading on 55 seats and BJP on 15 seats. The AAP in 2015 registered a landslide victory by winning 67 out of the 70 seats and Congres drew blank, with BJP bagging 3 seats. As per the Republic-Jan Ki Baat Exit Polls prediction 48-61 seats for the AAP,  9-21 seats for the BJP and 0-1 for Congress. 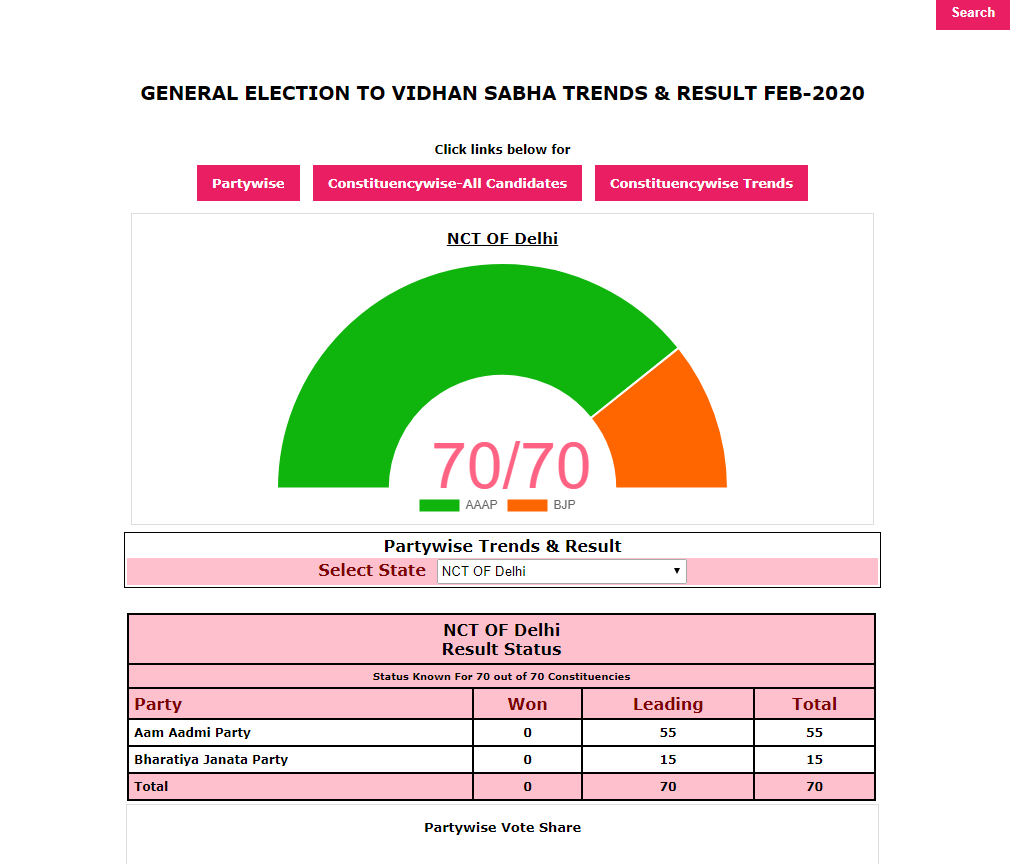