Even as AAP candidate Atishi Marlena is trailing from the Kalkaji constituency (at the time of publishing the article), she has exuded confidence of victory

Even as Aam Aadmi Party candidate Atishi Marlena is trailing from the Kalkaji constituency (at the time of publishing the article), she has exuded confidence of her party's victory. While early trends show a win for the ruling AAP, it also shows BJP giving a tight fight. Atishi who was pitted against BJP's Gautam Gambhir in the Lok Sabha polls from East Delhi constituency came third. Now, she has been pitted against BJP's Dharamvir Singh and Congress’s Shivani Chopra.

Here is the EC trends 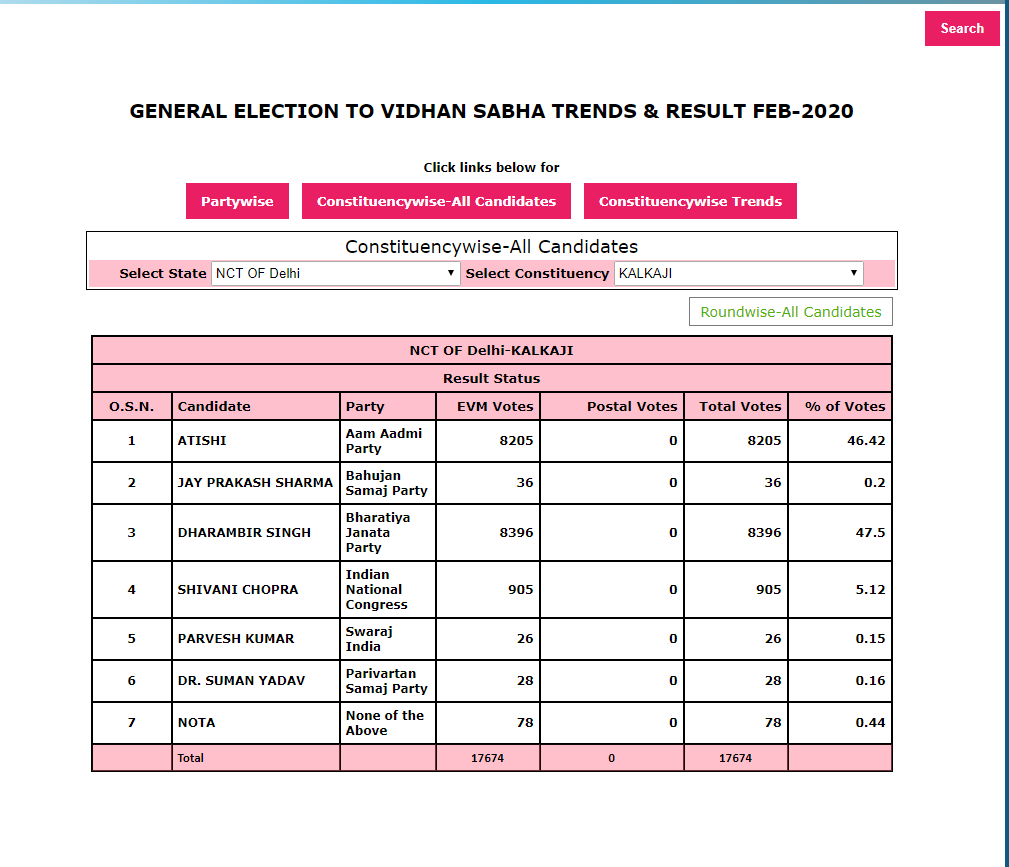 Earlier on the day of the Delhi election, Atishi stated that the people had already made up their minds about voting for AAP. "Delhi just speaks one name — Arvind Kejriwal," she said. "Delhi wants the work done in these five years on water, electricity, education to continue for the next five years. On February 11, AAP will win with a great majority," Atishi had said.

Confident of winning more seats than the Exit poll projection

As the voting for the Delhi Election concluded on Saturday, Republic TV's Jan Ki Baat exit polls predicted victory for the incumbent AAP but a repeat of the 2015 victory is unlikely. Reacting to the numbers projected by the Jan Ki Baat exit poll, AAP's Jasmine Shah said the party is confident of a win and the final tally will be more than what the exit polls have predicted. On one hand, where AAP has reiterated its confidence to win a majority, the BJP, on the other hand, has quashed all the exit polls and has shown immense confidence in winning an absolute majority when the results come out on February 11.