Take a look at why Sohum Shah's 'Tumbbad' is a brilliant masterpiece. Check out how some netizens reacted on the internet over 2 years of 'Tumbbad'.

Tumbbad is undoubtedly regarded as one of the most intriguing masterpieces of Indian cinema, offering an amalgamation of stunning visuals that send chills down your spine and a story that stays etched in your minds even years later. Set in the 19th century colonial India, Tumbbad is a story of a family's dealings with the supernatural and the outcome when greed gets better of them. Even after two years of its theatrical release, Tummbad continues to cast its enchanting charm over the audience, here's why.

Here's why Tumbbad is still the audience's favourite

Starring Sohum Shah and Mohammad Samad in lead roles, Tumbbad is a mythological horror drama, that explores the myth of Hindu demon "Hastar - the first son of Goddess of Prosperity", and the symbol of boundless greed. The original draft of Tumbbad is dated to 1997, while director Rahi Anil Barve wrote the idea, and finally by 2009-2010, he took eight months to create a storyboard. It took actor and producer, Sohum Shah six years to make Tumbbad a reality and they faced many obstacles along the way. 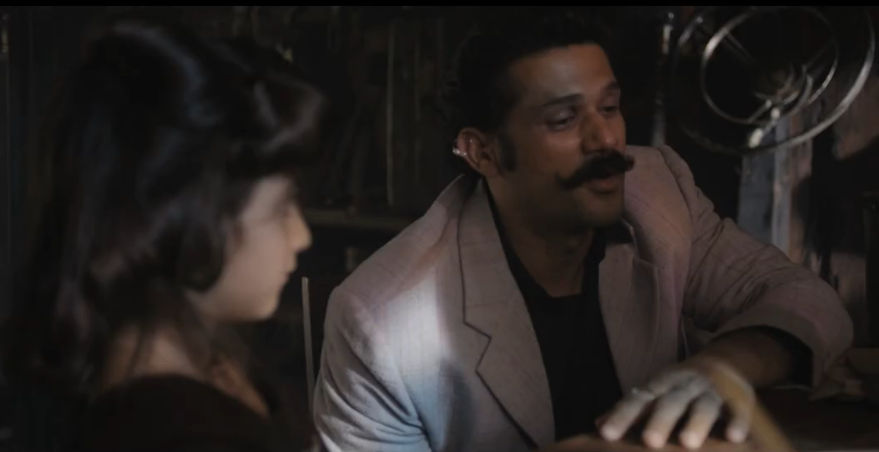 A well made masterpiece which deliver the best in every section of film making.... Probably the G. O. A. T Indian movie in horror fiction genre !

T u m b b a d ! â­ #2YearsofTumbbad pic.twitter.com/SSjyCr9oYa

It's a mix of fantasy, horror and thriller ðŸ’¥#2YearsOfTumbbad â¤ï¸ pic.twitter.com/OepgcYmRI3

Tumbbad is one of those rare films to actually dip into Indian mythology and serve a horror film that caters to the myths, superstitions, and beliefs that are similar to the folk tales we grew up reading about. While the film didn't fare exceptionally well at the box office, soon the horror-thriller emerged to be a cinematic marvel with netizens going gaga over the brilliance of Tumbbad. Creating a world that captivates one for a lifetime, Tumbbad created an impact that still doesn't seem to fade.

WE RECOMMEND
1 week ago
Ileana D'Cruz's biggest Telugu blockbuster films to watch this weekend; see list
1 month ago
Abhishek Bachchan says 'Baksh Dijiye' after Neha Dhupia invites him on her podcast
2 years ago
'Tumbbad' Movie Review: Greed Is A Bottomless Pit With Grave Consequences In Soham Shah's Horror Fantasy Film
5 months ago
Shruti Haasan on her first film 'Luck' alongside Sanjay Dutt and Kamal Haasan's reaction
5 months ago
John Abraham's 'Kaal' has some incredible songs that you can add to your playlist