A video clip of Aaradhya Bachchan was earlier shared in which she was singing aarti and now it has again emerged and gone viral on social media. take a look. 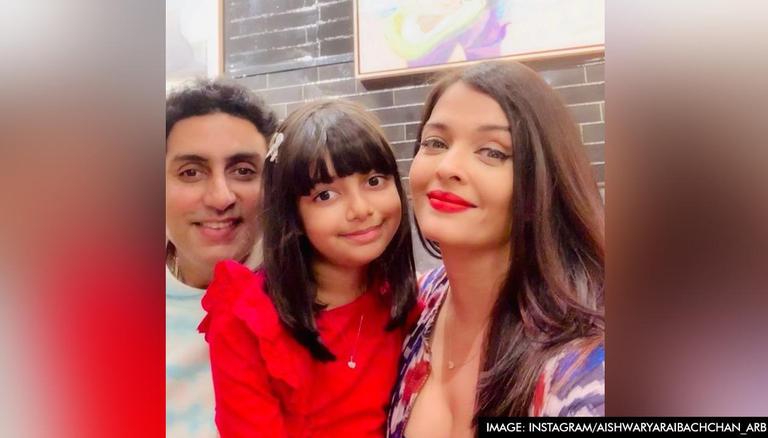 
Aaradhya Bachchan's video singing 'Siya Ram' aarti began doing rounds on social media all over again and went viral in no time. A fan page shared the video clip on social media on the occasion of Navratri and left the fans awestruck.

Many fans reacted to the video clip and extended blessing to Abhishek Bachchan and Aishwarya Rai Bachchan's daughter, Aaradhya Bachchan.

One of the fans recently took to their Instagram page and shared a video clip in which Amitabh Bachchan's granddaughter, Aaradhya Bachchan can be seen singing Jai Siya Ram aarti. She can also be seen wearing a cute pink coloured ethnic attire and flaunting her innocent smile on her face.

The moment this video clip surfaced on the internet, many fans took to the post and dropped in cute comments for the kid. Many fans praised her for singing so well while others hailed 'Jai Shree Ram' in the comments section. Some fans also praised her on how she imbibed good values from her family and showered her with tons of blessings. Some fans also began asking Amitabh Bachchan to recreate the video by singing the same aarti in his voice. Take a look at some of the fans' reactions to Aaradhya Bachchan's aarti video that went viral on social media. 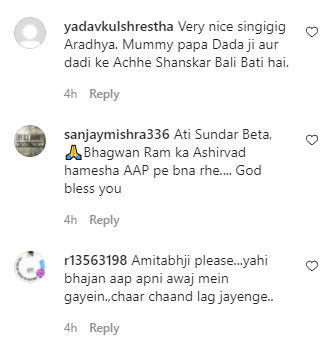 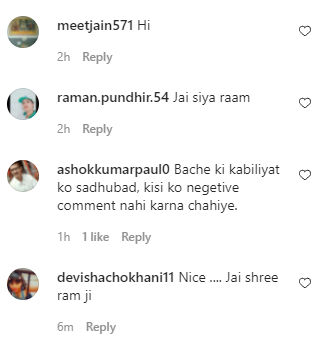 As Amitabh Bachchan celebrated his 79th birthday on Monday, October 11, he received the sweetest birthday wishes from numerous artists from the film fraternity. Even his daughter-in-law, Aishwarya Rai Bachchan took to her official Instagram handle and shared a cute image of the actor with his granddaughter, Aaradhya. She further penned a note for him wishing him a happy birthday on behalf of Aaradhya. Aishwarya referred to him as 'Paa' and added that she and daughter lov him forever and beyond.

On the other hand, even Amitabh Bachchan's other family members namely Abhishek, Navya, Shweta and others took to their respective social media handles and poured in sweet birthday wishes for the actor. From the film fraternity, artists such as Madhuri Dixit, Sanjay Dutt, Prabhas, Rashmika Mandanna, Akshay Kumar, Vicky Kaushal, Jacqueline Fernandez, Anushka Sharma, Lata Mangeshkar and many others wished the legendary actor on his birthday.