Alia Bhatt Balances Christmas Celebrations With The Kapoors And The Bhatts, See Pics

Alia Bhatt's photos celebrating Christmas with the Bhatts as well as Kapoors have stormed the internet. Fans say the Raazi actor knows how to strike a balance

Pictures of the Kapoor family gathering at Kunal Shashi Kapoor's residence to celebrate Christmas 2019 caught all the eyeballs. Bollywood’s love birds Ranbir Kapoor and Alia Bhatt attended the party together and were clicked by the paparazzi outside Shashi Kapoor’s residence. Pictures of the Kapoor gathering including Rishi Kapoor, Neetu, Randhir, Karisma Kareena and Saif Ali Khan, amongst others were all over the internet. Alia Bhatt not only impressed her beau Ranbir Kapoor’s family by gracing the event, but she also left no stone unturned in celebrating the happy occasion with her very own Bhatts.

Alia’s Christmas 2019 celebration with the Bhatts and Kapoors

Alia Bhatt first shared a lovely picture along with her best friend Akansha Ranjan Kapoor on Christmas eve. The duo posed happily, sitting underneath a giant Christmas tree. A few moments later on December 24, pictures of Alia and Ranbir were all over the internet, as the duo graced the Kapoor's celebration together. Karisma Kapoor took to her social media handle to share glimpses from the occasion. In the picture, Alia is all smiles, posing with the big bang Kapoor Khaandan. On December 25, Alia Bhatt took to her Instagram and shared a photograph showing fans how she celebrated Christmas with her own family. She donned a sweatshirt that had “Christmas with the Bhatts” printed on it. With a huge Christmas tree behind, Alia’s festive picture stormed the internet. Have a look at her celebratory pictures with the Kapoor’s and Bhatt’s. 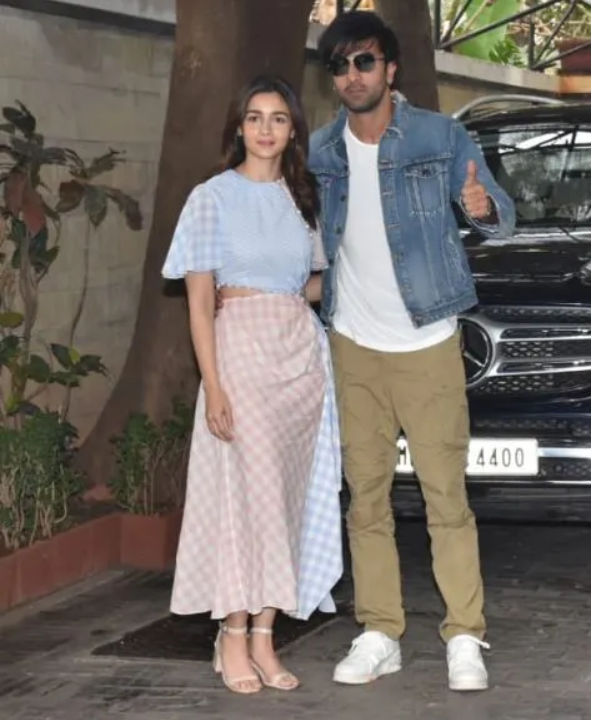 Read | Not Brahmastra, but THIS was going to be Alia Bhatt and Ranbir Kapoor's first project?

Alia Bhatt and Ranbir Kapoor are busy shooting for their upcoming movie Brahmastra. Helmed by Ayan Mukerji, the movie also stars actors Nagarjuna, Amitabh Bachchan and Mouni Roy in pivotal roles. The story of the film revolves around the most powerful weapon of God called 'Brahmastra', which is broken and hidden in different parts of India.