Recently, Shaheen Bhatt took to her Instagram handle to share a picture of actor Alia Bhatt, which features the actor testing her culinary skills for Easter

Shaheen Bhatt enjoys a massive fan following on social media, as the author has a knack for entertaining fans with her wit-infused posts and fun-filled interactive sessions. It seems like Shaheen Bhatt is making the most of her quarantine by connecting with her fans over social media, she recently shared a picture of Alia on her social media platform, which features the actor making the most of her quarantine time in a unique way. 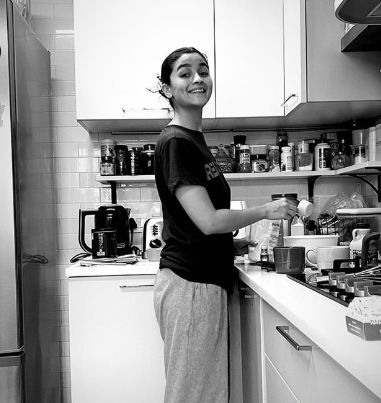 What's next for Alia?

Alia has Gangubai Kathiawadi as her next. Helmed by Sanjay Leela Bhansali, Gangubai Kathiawadi chronicles the life story of Gangubai Kothewali, a woman from the 60s, who was also known as the 'Madam of Kamathipura' for her connections with the underworld. Starring Alia Bhatt in the leading role, Gangubai Kathiawadi is all set to hit the theatres on September 11, 2020. The actor will also be seen along with Ranbir Kapoor, Amitabh Bachchan and Nagarjuna Akkineni in Ayan Mukerji's Brahmastra.

SS Rajamouli, who has a long list of successful magnum opuses under his belt, is currently gearing up for his next project, RRR. Starring Jr. NTR and Raam Charan in the leading roles, it was earlier announced that the makers of RRR have managed to rope in Bollywood superstars like Alia Bhatt and Ajay Devgn in guest appearances. Helmed by Rajamouli, RRR is a fictitious story about two legendary revolutionaries and their journey away from home before they started fighting for their country in the 1920s.

PEOPLE HAVE PLEDGED SO FAR
LATEST NEWS
View all
3 hours ago
Amitabh Bachchan helps migrant labourers by arranging transport service for them; details
2 hours ago
Sonu Sood to Dimple Kapadia's first cook for Twinkle, here are the day's top stories
4 hours ago
Maanvi Gagroo receives apology from the fashion brand that used her pic & body shamed her
2 hours ago
Can hand-sanitizer catch fire? Amitabh Bachchan shares an experiment video
4 hours ago
Kriti Sanon gets poetic with random thoughts amid lockdown, calls herself 'old soul'