Alia Bhatt was injured while shooting for her upcoming film and took to Instagram to give an update. Accompanying her, was her little fur-ball pet, Eddie.

Alia Bhatt, who is busy shooting for Sanjay Leela Bhansali's Gangubai Kathiawadi informed viewers that she has suffered a back injury in an Instagram post. Starring Bhatt's little furball Eddie, the actress can be seen laying in bed, with her adorable pet keeping her company. 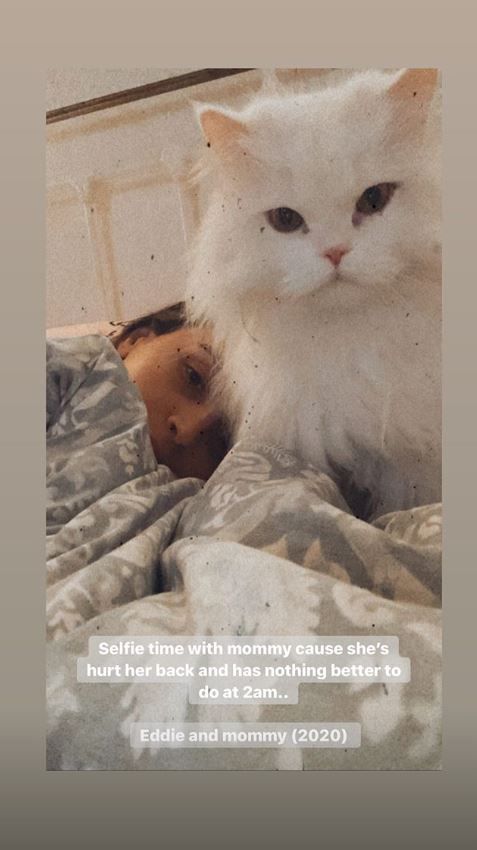 However, this is not the first time the actress has been injured. Previously, Bhatt injured her right shoulder and arm while filming a stunt sequence in Bulgaria for Brahmastra. Reports say that the Raazi actress’s right arm was bandaged and held up in a sling in the pictures that had surfaced back then. She was also out of action for a few weeks as she was in a lot of pain.

Brahmastra is the first film from the upcoming fantasy adventure trilogy by Ayan Mukerji. It also stars Amitabh Bachchan and it will bring Amitabh Bachchan, RanbirKapoor, and Alia Bhatt together first the time

Alia Bhatt recently unveiled the first look of Gangubai Kathiawadi. The actor received a lot of love and some varied reactions about the look on social media accounts like Twitter and Instagram. The film is a biography directorial by Sanjay Leela Bhansali.

She will be seen on essaying the dynamic character Gangubhai, who was a mafia queen back in her days. The film will also star Vijay Razz, suggest reports. The film is slated to release on September 11, 2020.

Alia Bhatt’s first look received a lot of appreciation from fans and critics alike. Proud parents Mahesh Bhatt and Soni Razdan also shared the poster on their Twitter accounts. On receiving king-sized love for her new venture, Alia took to her Twitter to thank fans for all the attention. Sharing the first look poster once again, the Brahmastra actor, in the caption, wrote, “Thank youuuu ever

READ: Films That Were 'turned Down' By Alia Bhatt; From 'Saaho' To 'Neerja'

PEOPLE HAVE PLEDGED SO FAR
Katrina Kaif shows love to rumoured bf; calls his film 'Bhoot' outstanding & a must-watch
Alia Bhatt looks ethereal in ethnic wear and these pictures are proof
Anusha Dandekar teaches how to do summer makeup through this tutorial video
Neena Gupta shares a pic with 'SMZS' squad, netizens wonder where is Ayushmann Khurrana?
Richa Chadha and Ali Fazal to get married sometime in April?
DO NOT MISS
MNS THREATENS WARIS PATHAN
MEA: ABRAHAMS SENT BACK 'IZZAT SE'
ACTIVIST HECKLED OUT OF RALLY
BJP TAKES AIM AT SHIV SENA
WHOSE BOWLING ACTION BEST?
ZUCKERBERG GETS ARMPITS BLOW-DRIED